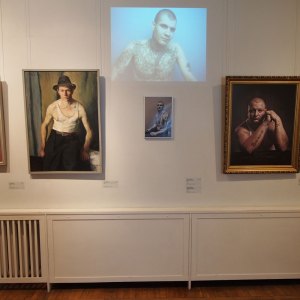 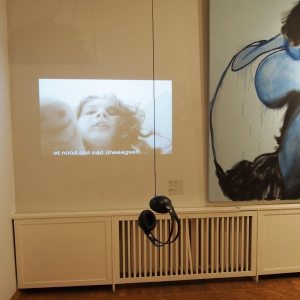 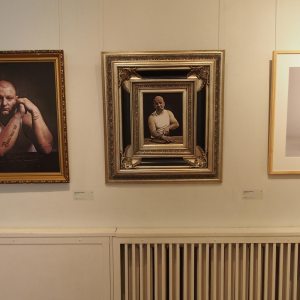 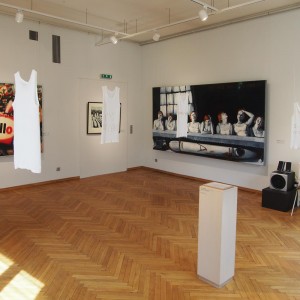 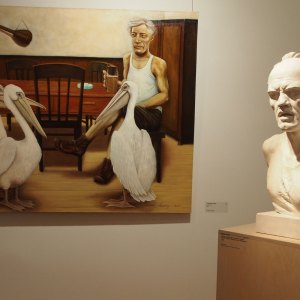 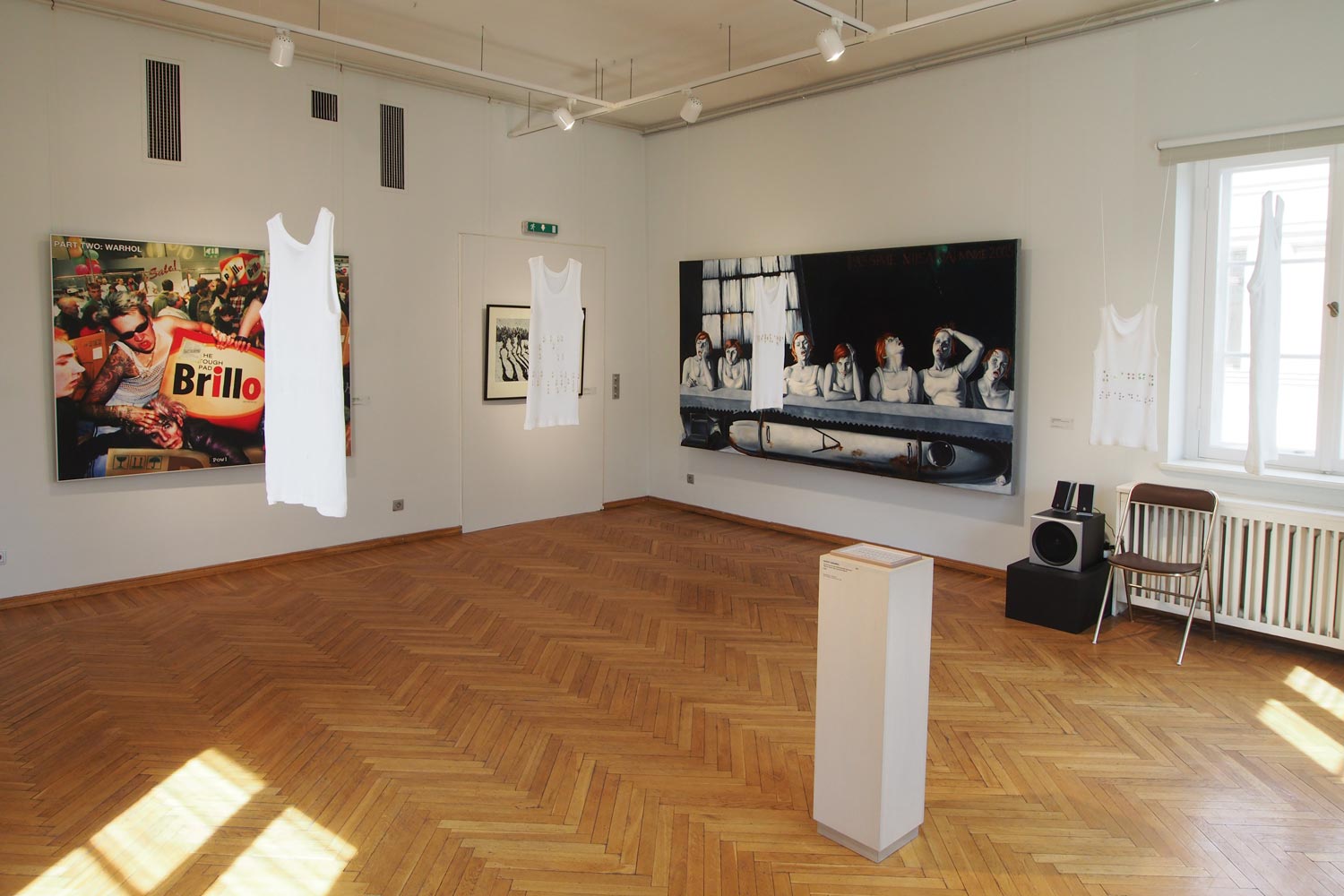 In choosing works for the exhibition, the deciding factor was the presence of the top in works of Estonian art.

The idea of the exhibition was born in winter, when in Estonia darkness and gloom is compensated in different ways. The central point of the exhibition is Christmas, a holiday spent in front of the glowing TV screen as does Flo, the curator of the exhibition. It has become a tradition in Estonia that at Christmas time the legendary Die Hard I – IV with its Christmas hero, the Saviour impersonated by Bruce Willis is shown during the Christmas week. The hero wears a white tank top which in the film acquires the power of immortality and purity. This light and minimal clothing protects the hero better than a bullet-proof vest, keeping him from heat, cold, traffic accidents, terrorists, falls and UV beams. Even after a muddy battle scene the top remains paradoxically white and intact. We could speculate if the stain-proof white top hints at the honest intentions of the protagonist or symbolises the victory of goodness over evil. In the dark winter-time the white top of Die Hard is like the expectation of spring becoming a symbol of light that fights darkness as after a long and dark winter our soul yearns for light.

Having got its first impulse from this Hollywood film, the exhibition concentrates on that part of Estonian art where white top is depicted. Moving about in the exhibition halls one may start to see the white tank top as a film hero getting into different situations in different periods of time.

Because of the top the exhibition also is centred on man for there is no piece of clothing without its wearer. At the same time the top and its wearer have had different roles in different times and a different place in the society. Having first been worn as an undershirt, this piece of clothing has found a place in the outfit of sportsmen. We can find white tops and black shorts in the film shots and photos of the mass events of the previous century. In the Soviet times the top became the clothing of a working man enjoying his cigarette during the lunch brake. This made the top an unpleasant symbol of a foreign power out of place in the local culture.

By now the top has become a fashionable piece of clothing popular both by men and women. As it also brings seductively forth the physical activity of the body, is has become to be related to the gay culture. The top gives warmth in the winter and lets the body get air in the summer heat. In pictures it may thus be either the only piece of clothing covering the depicted figure or only peep from under a shirt or a jacket.

In dividing the works between the halls an idea directing the choice – ‘seven lives of the top’ –started automatically ticking in my head. In the first room one can find a gallery of portraits of different top wearers; in the next room there are people wearing tops involved in different actions, both working and on holiday. The third room is dedicated to sportsmen and amateur sportsmen depicted exercising slowly but also finishing victoriously and receiving a prize. Into the last room works, depicting top-wearing conquerors, masses, and people facing death.