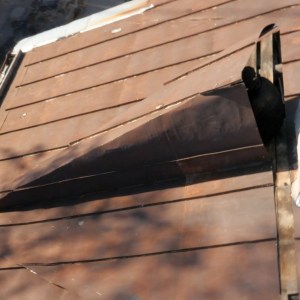 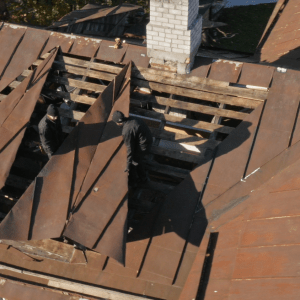 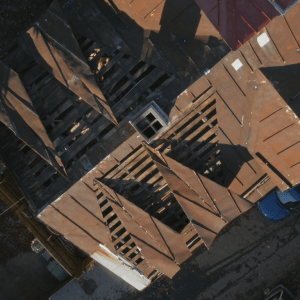 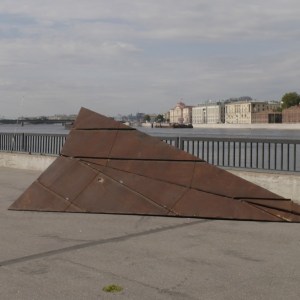 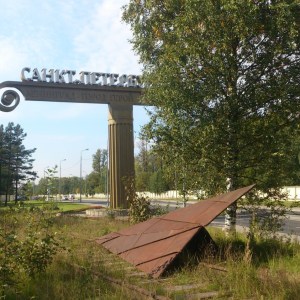 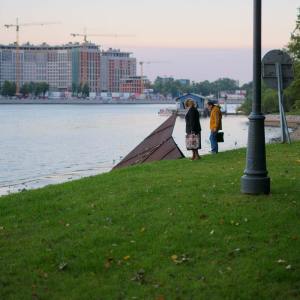 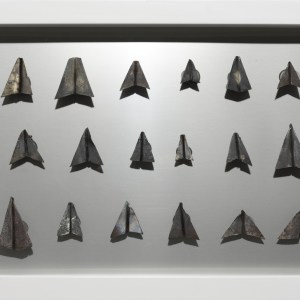 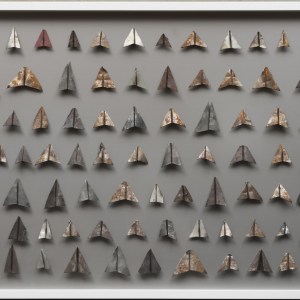 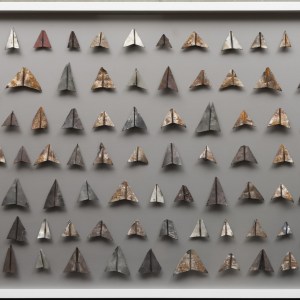 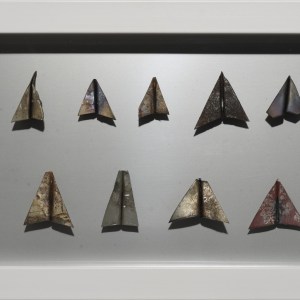 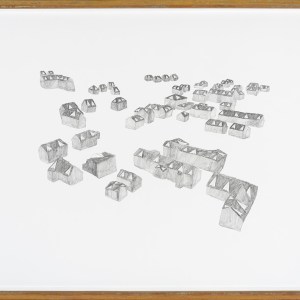 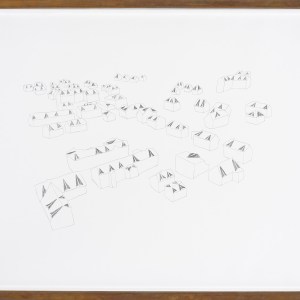 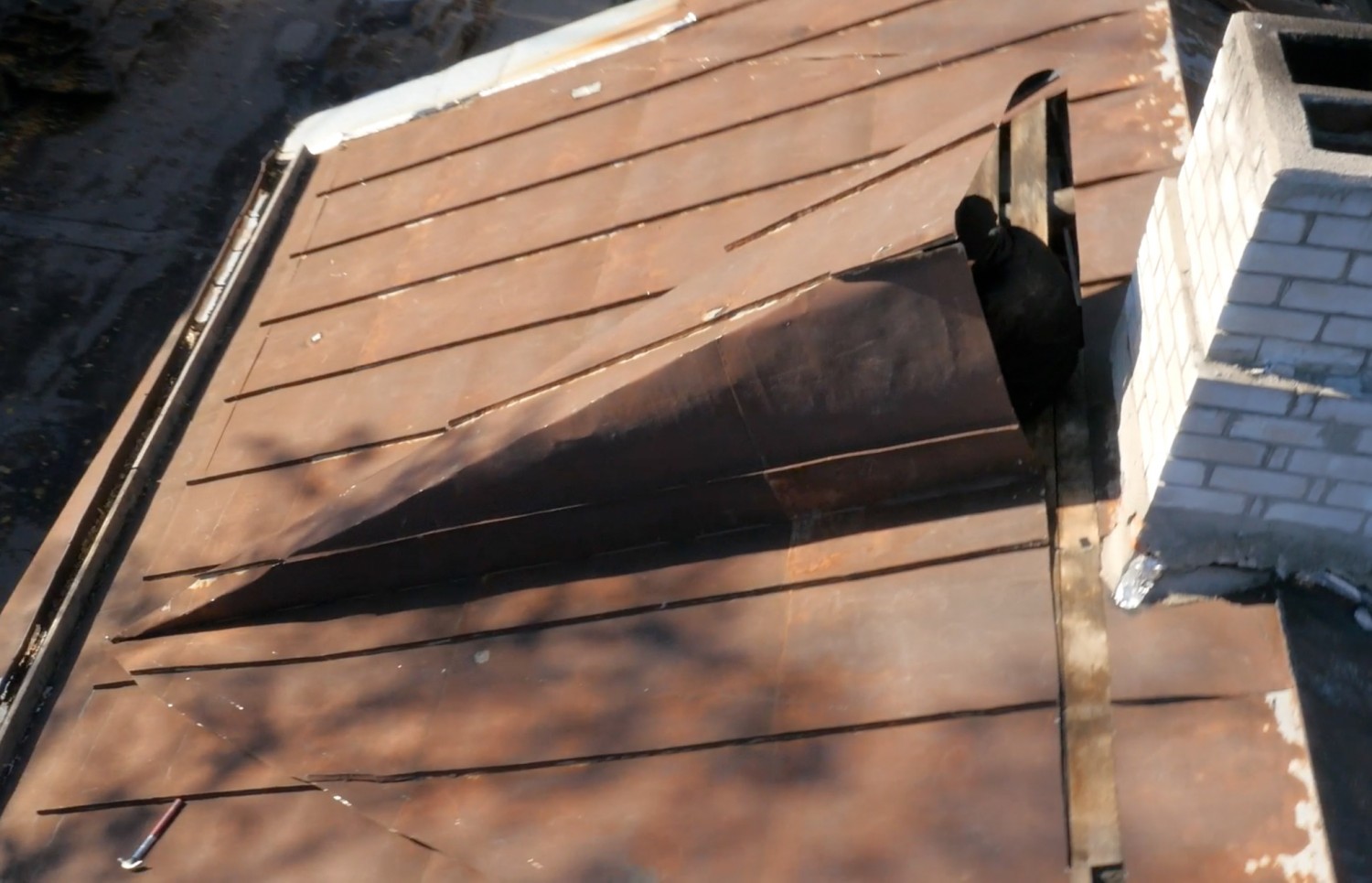 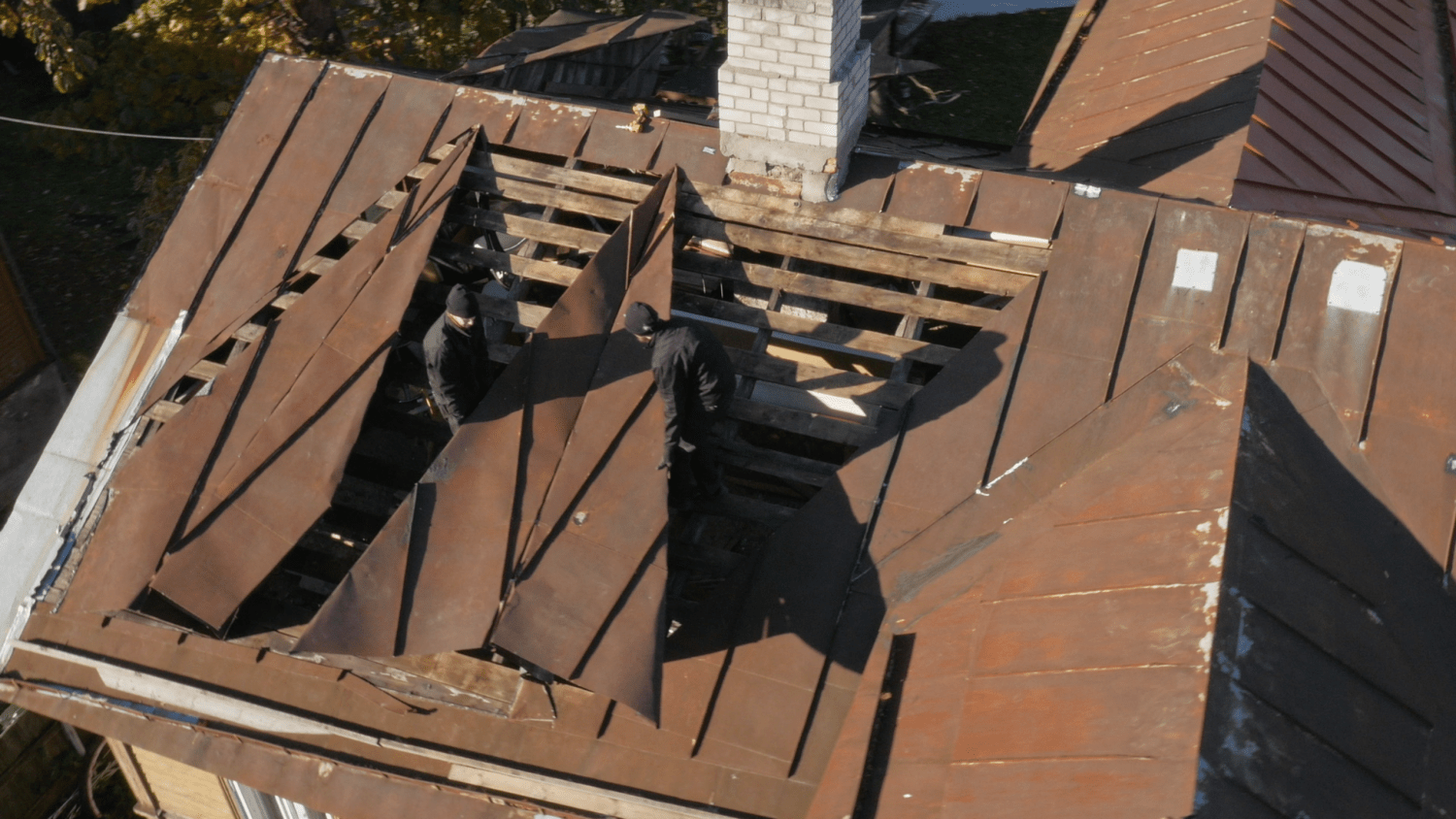 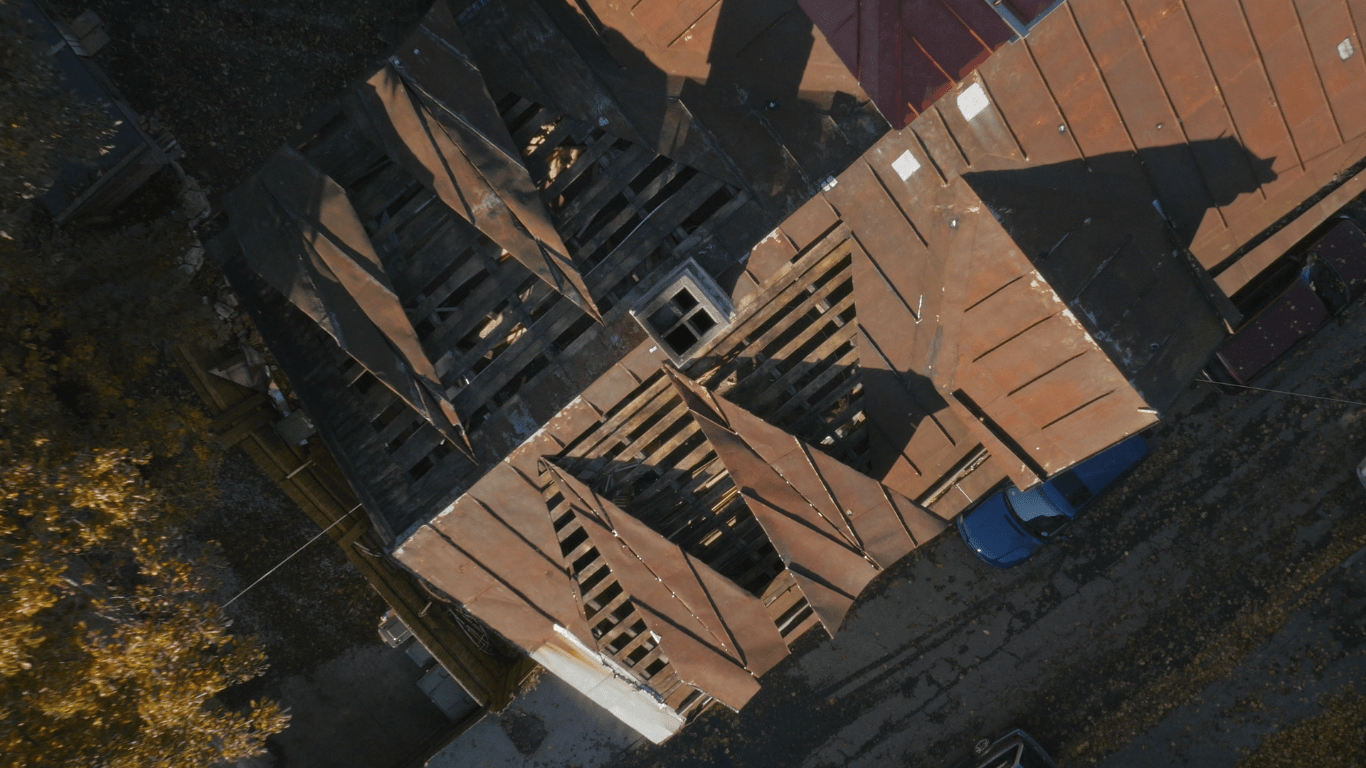 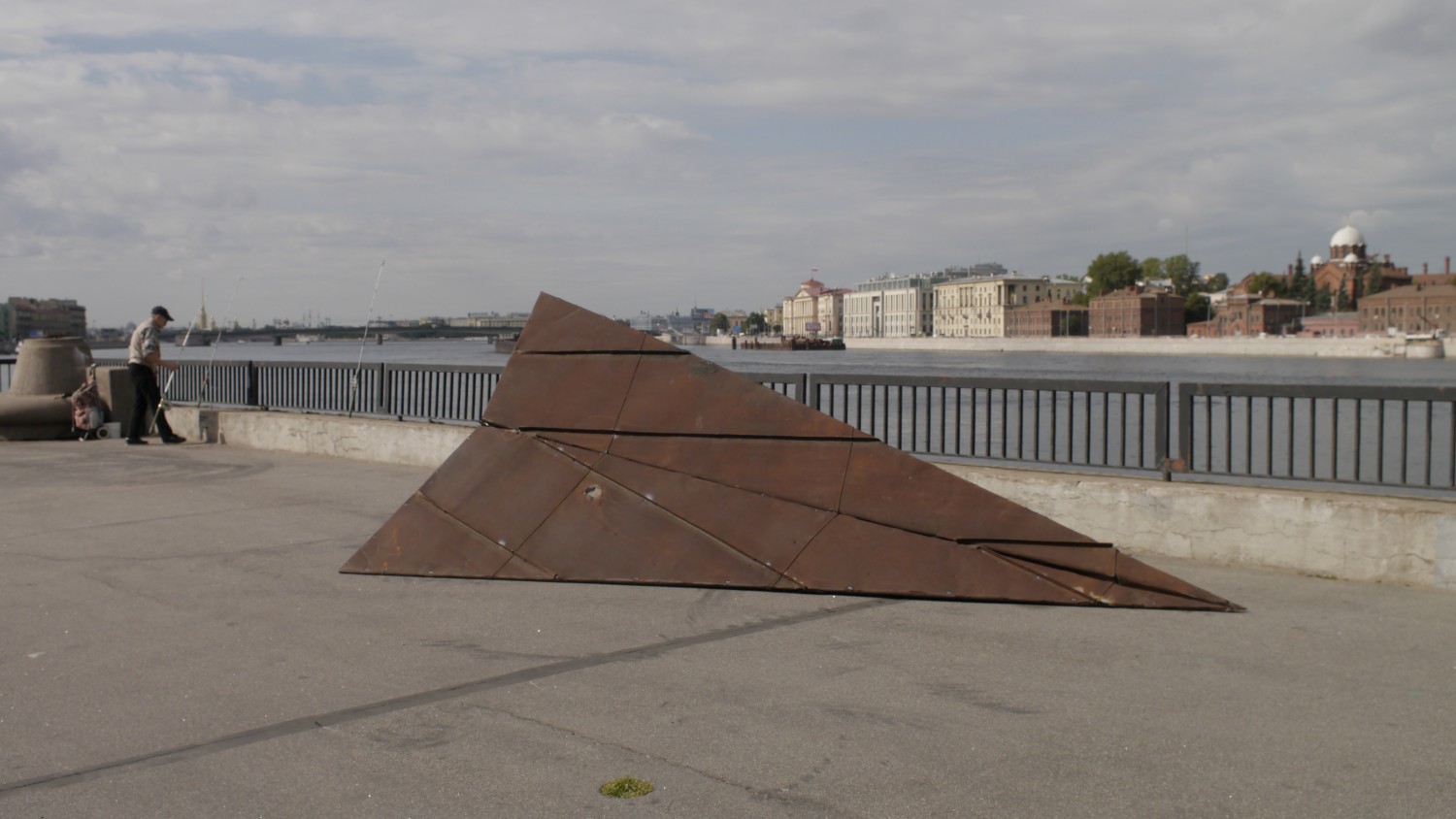 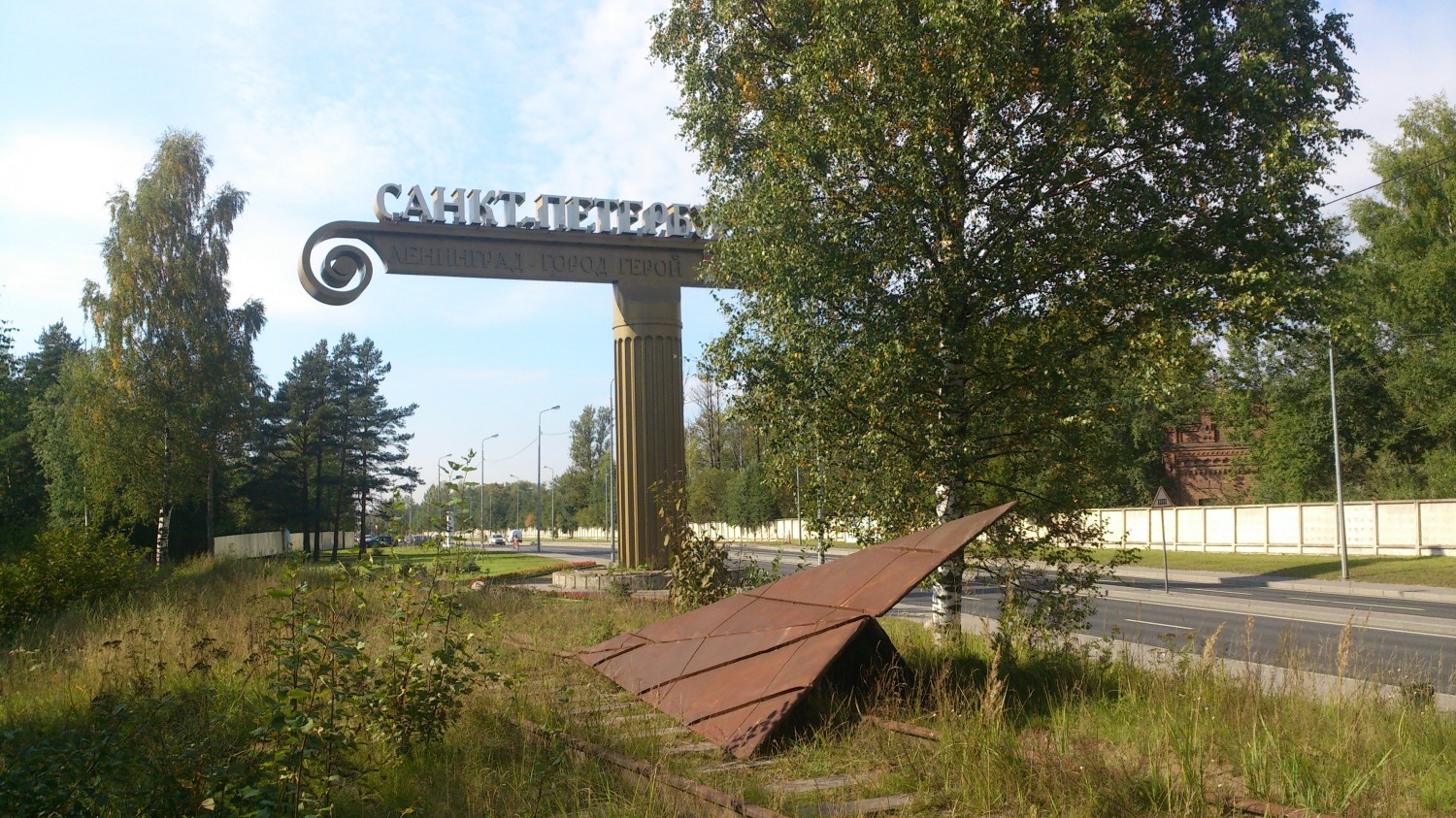 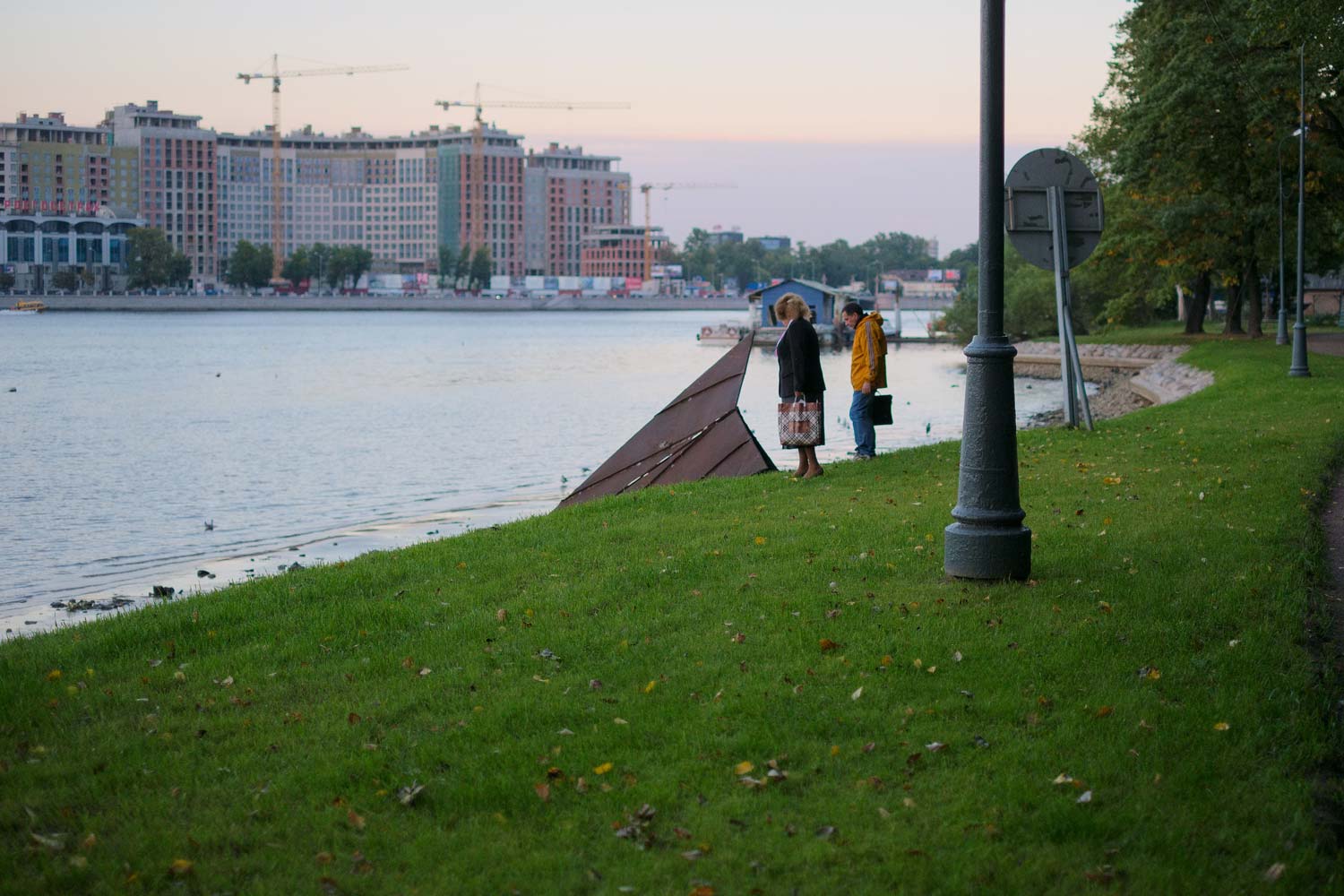 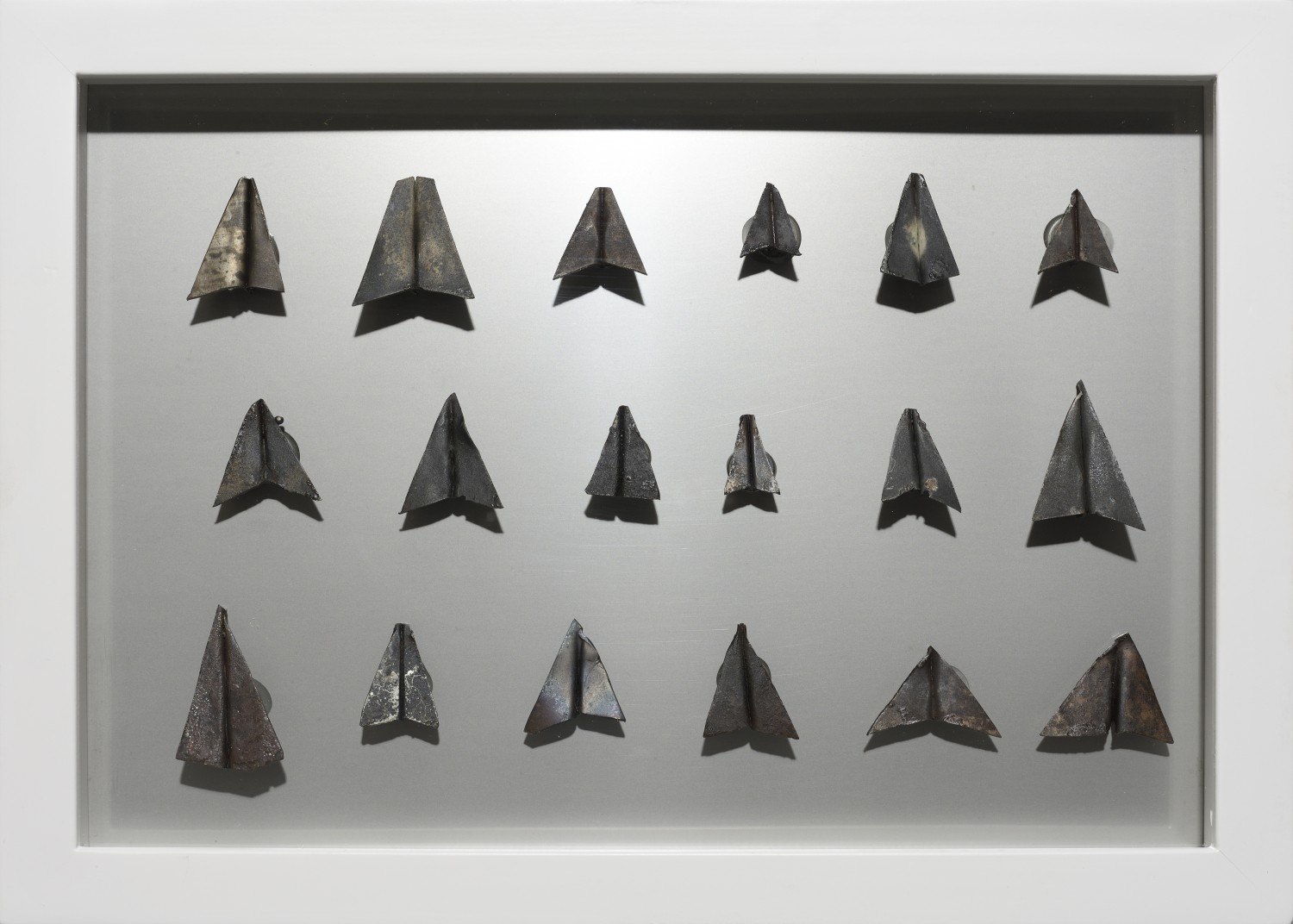 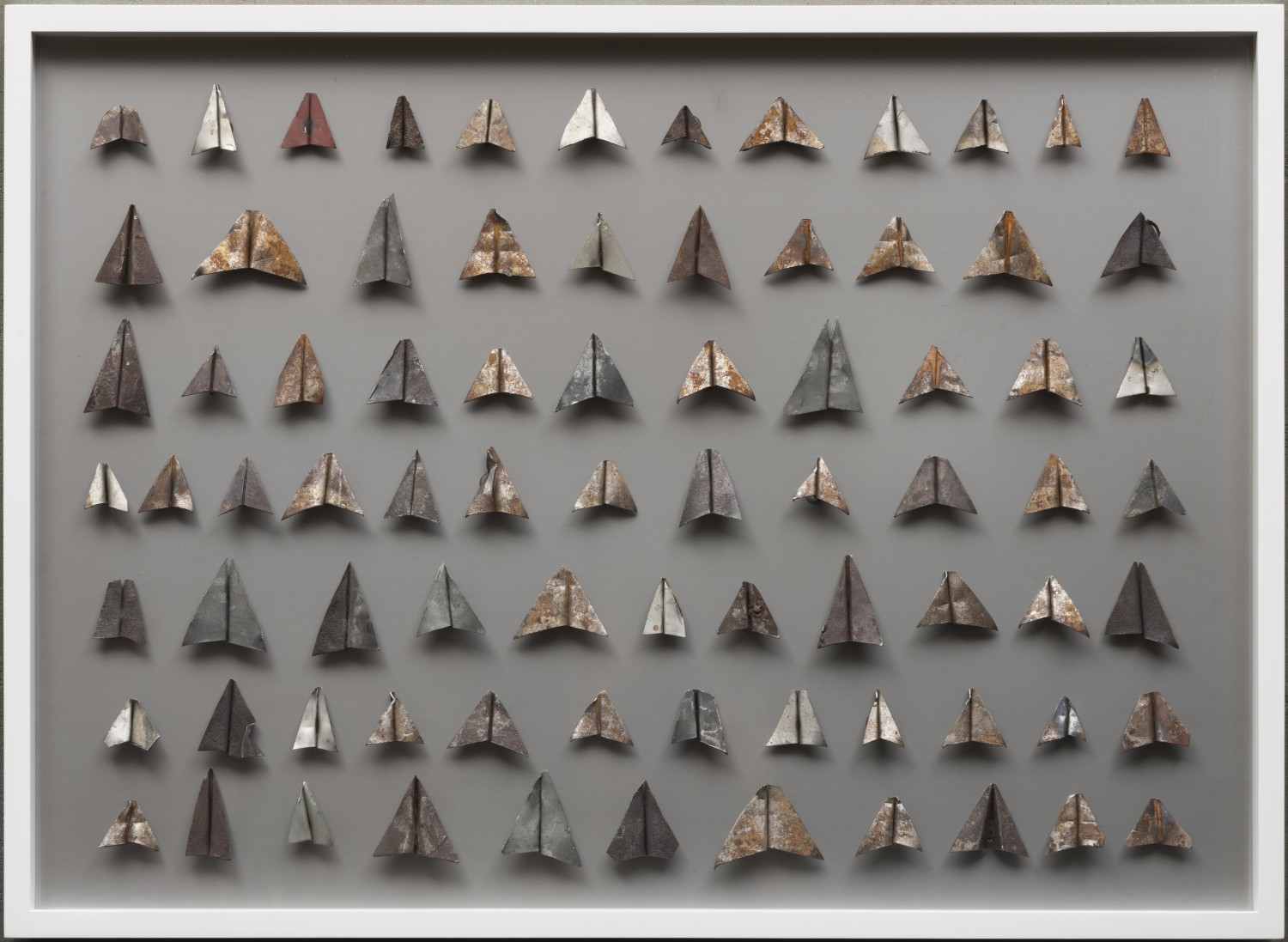 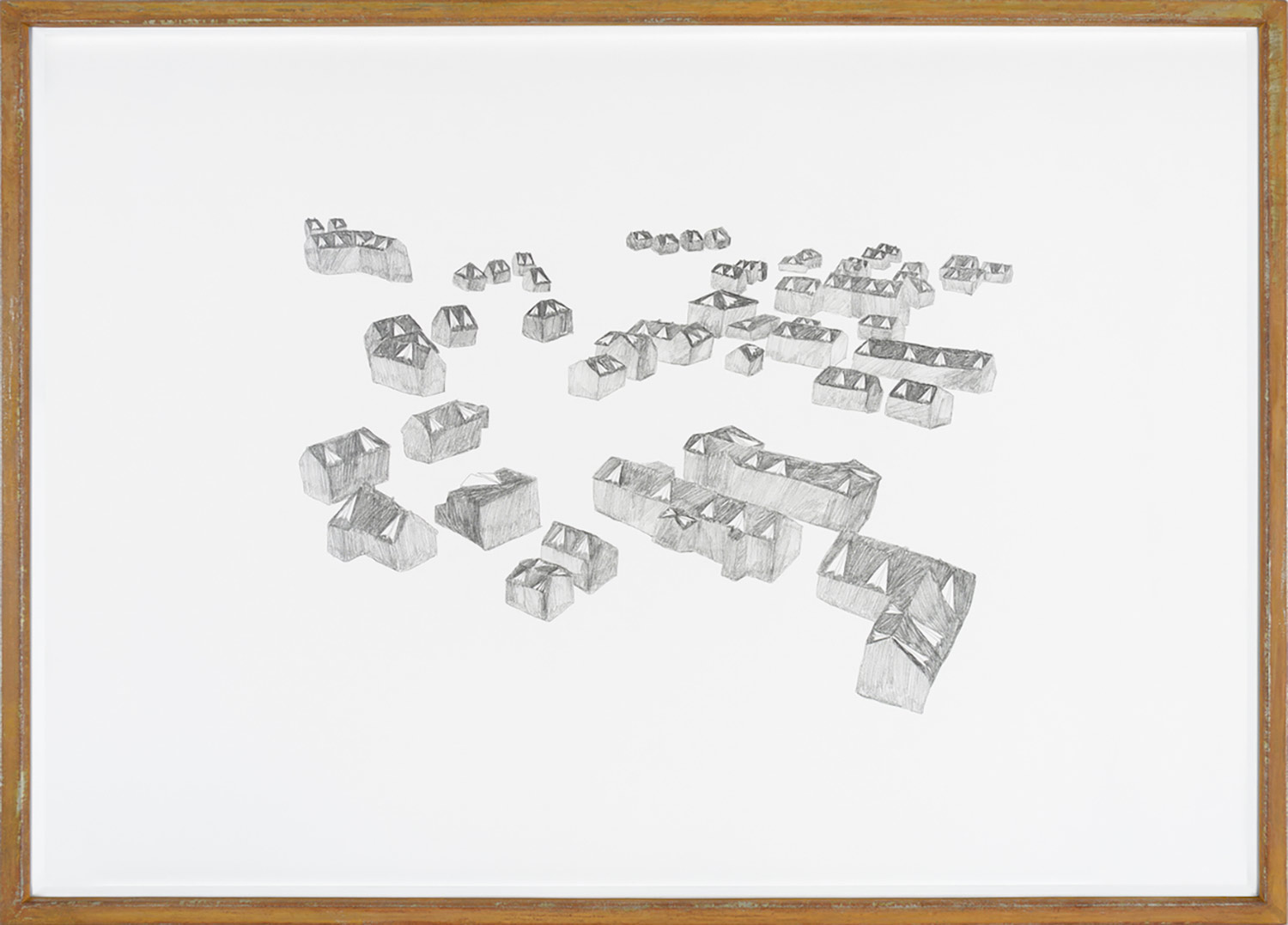 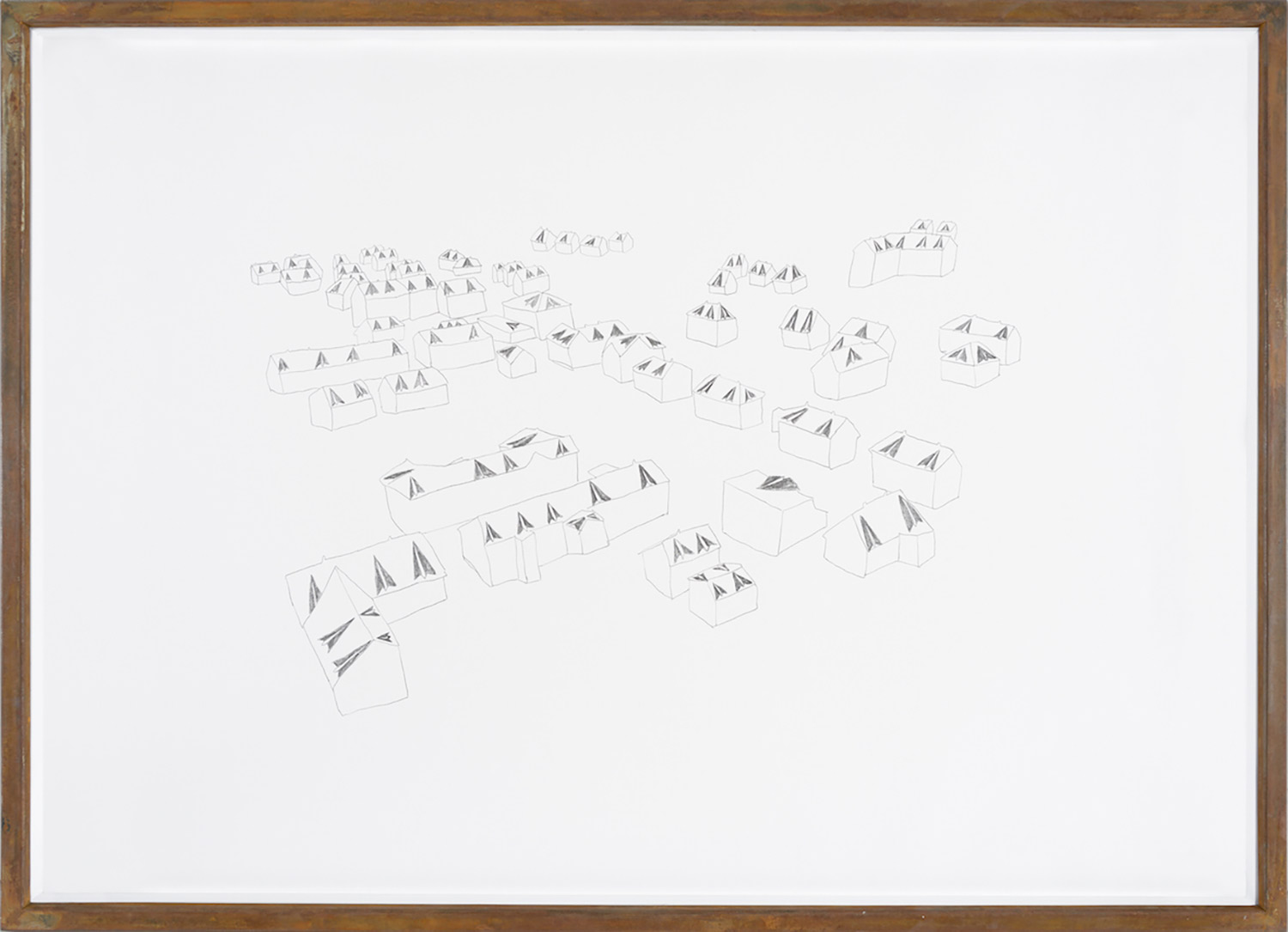 The group of works titled “Uprising” are built around a video filmed during roof maintenance works performed on a building in Tallinn, where the artist lives and where she has been hosting her “Flo Kasearu House Museum” project since 2013. The metal taken off the roof was folded into plane figures, much like the paper planes that children make.

The DIY and reuse technology metal planes as the main motif of the exhibition appear to be symbolic of military action, yet simultaneously representative of an exit strategy, crossing the country’s borders through air, immigration and emigration issues. The airspace – a perspective from which to assess one’s own position as both a liberating and a frightening idea.

Also responding to the current political milieu of strained international relationships between Russia and the West, Flo’s video and accompanying works – drawings and framed 3D models – reflect on the atmosphere prevailing under these circumstances in Estonia. The artist contemplates the heightened levels of paranoia in the media, calls for the increase in funding of the Department of Defence during elections, resumed faith in NATO membership, and so on.