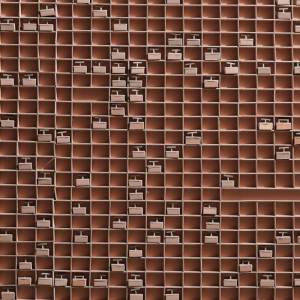 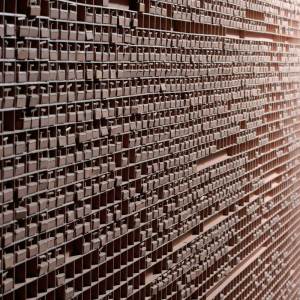 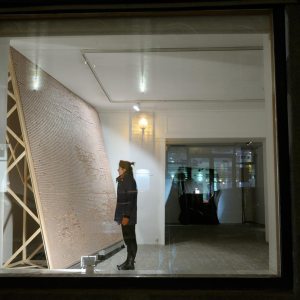 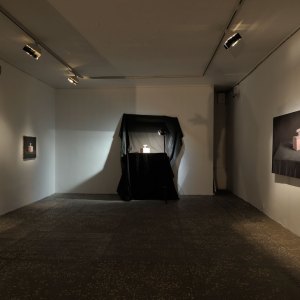 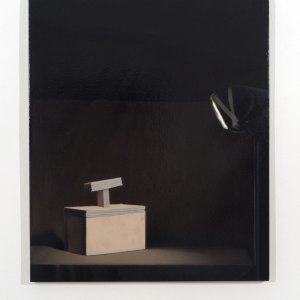 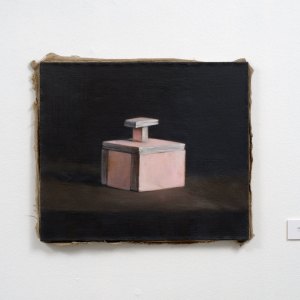 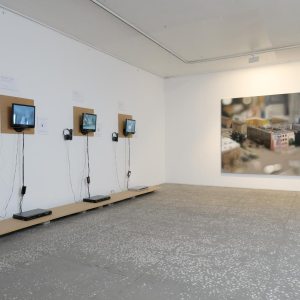 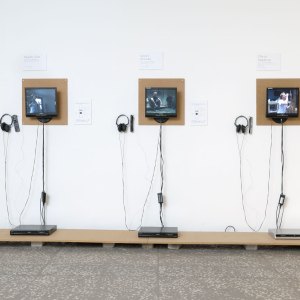 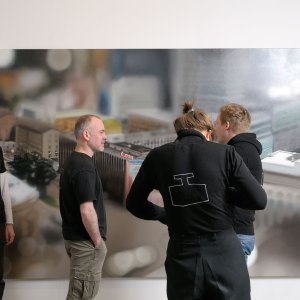 The untitled collaborative project with Tõnis Saadoja took off from the undefinable pink object created by Flo.       16 000 handmade copies of the object were resulted in an installation, whilst the enlarged version of the object served as a model for a realistic life-painting exercise to be carried out by the staff of the department of painting of Estonian Academy of Arts. The still life set was built up on a dark background with dramatic spotlight from aside to emphasize the aesthetics of metaphysical and classical paintings. The possibilities, expectations, rules and know-how of academic painting (or the lack of them) has been lively discussed in painting discourse for decades, so the project was a way to play with the dead point of the situation in painting indoctrination by making the tutors show their personal skills, thoughts and methods in dealing with the vague subject they are considered to be experts in. The three painting processes with discussions and comments were recorded in real time videos ranging from 11 to 35 hours. The set contained also a photorealistic painting made of an aerial photograph of the building of Academy, which was premanipulated in Photoshop according to the convention of Fake Model Photography.

Text by Tõnis Saadoja, artist and contractual professor in the department of
painting in Estonian Academy of Arts.