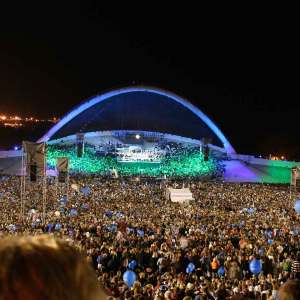 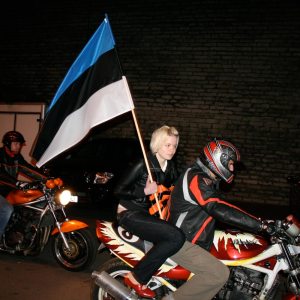 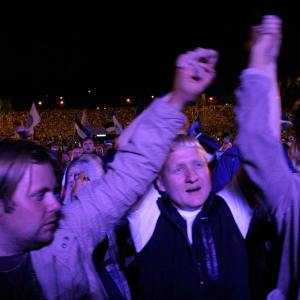 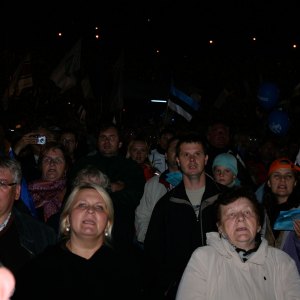 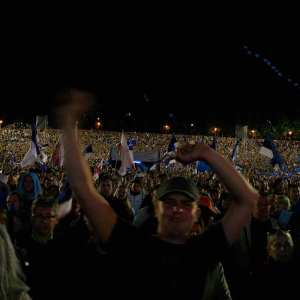 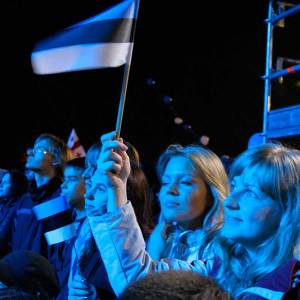 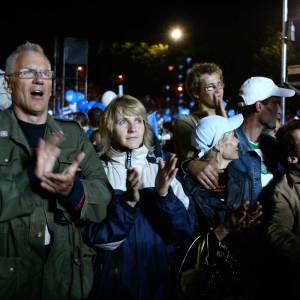 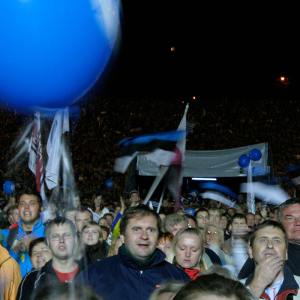 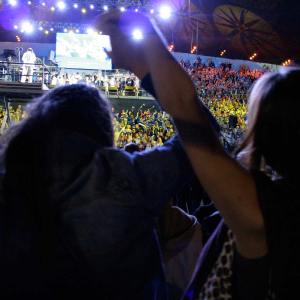 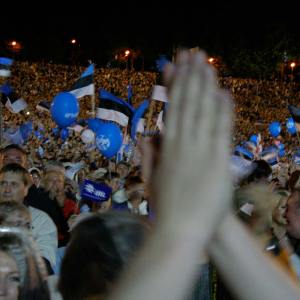 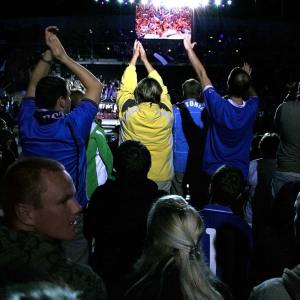 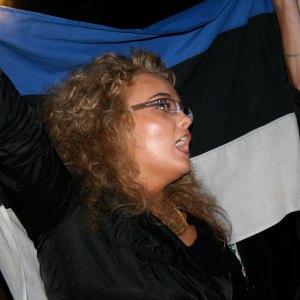 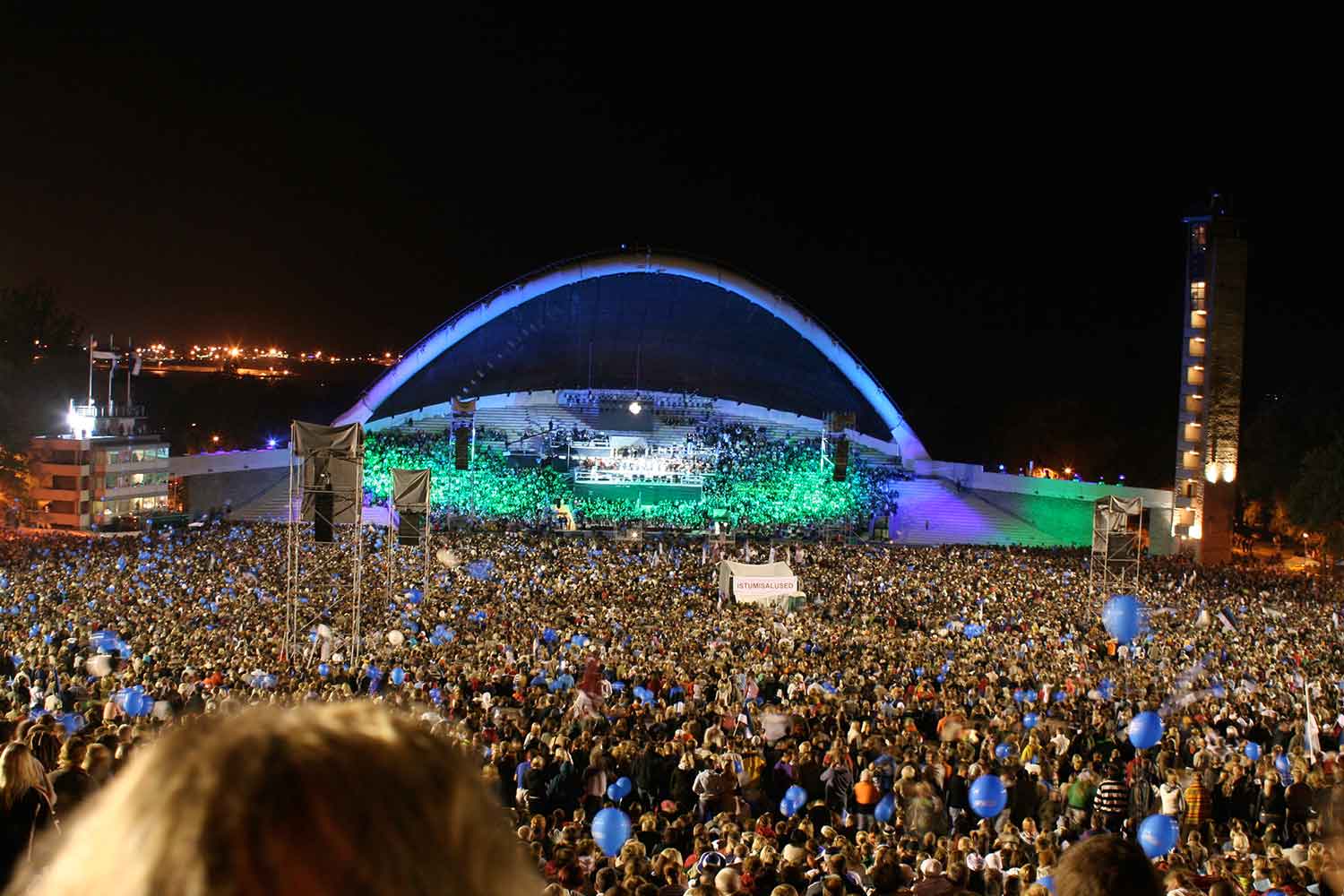 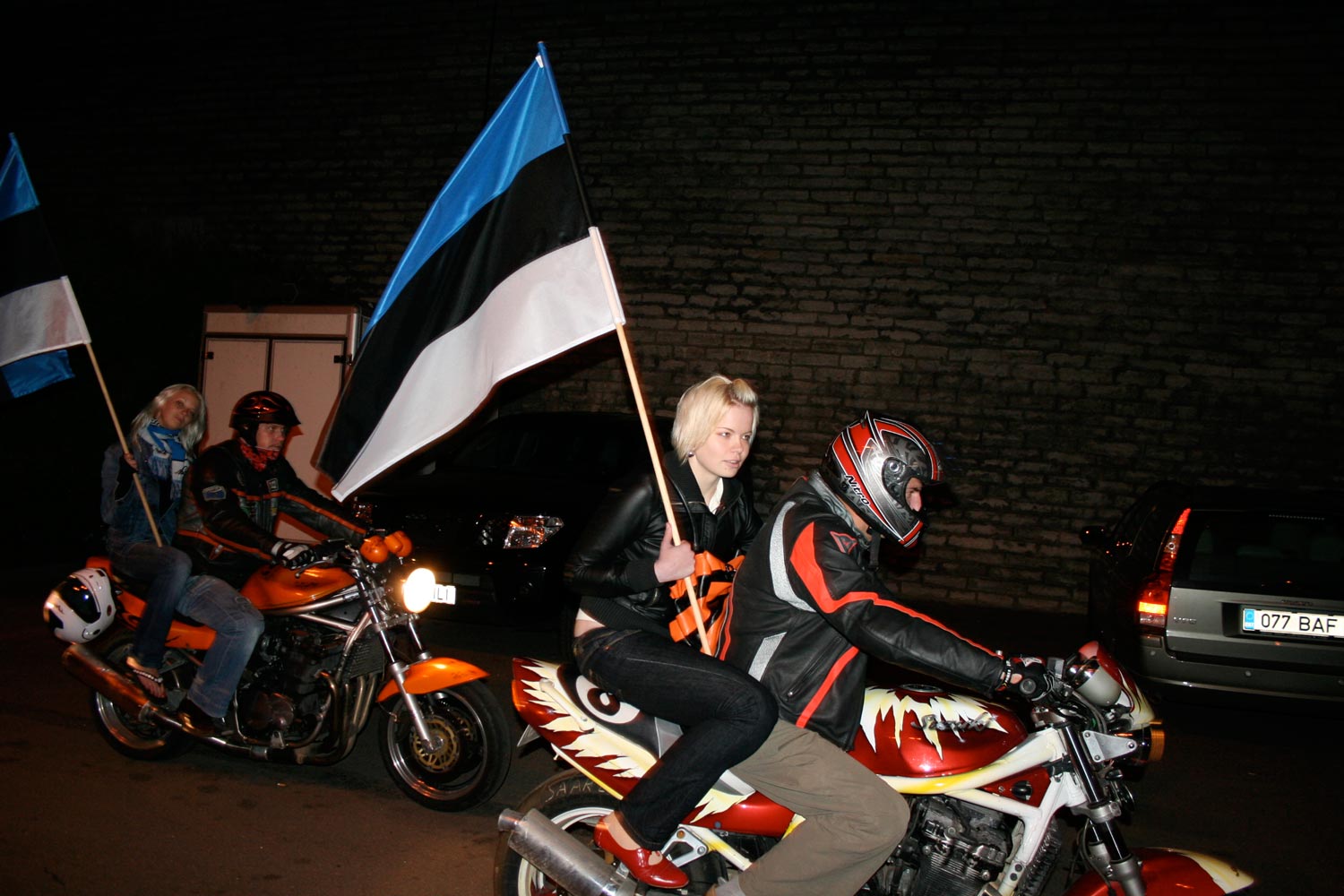 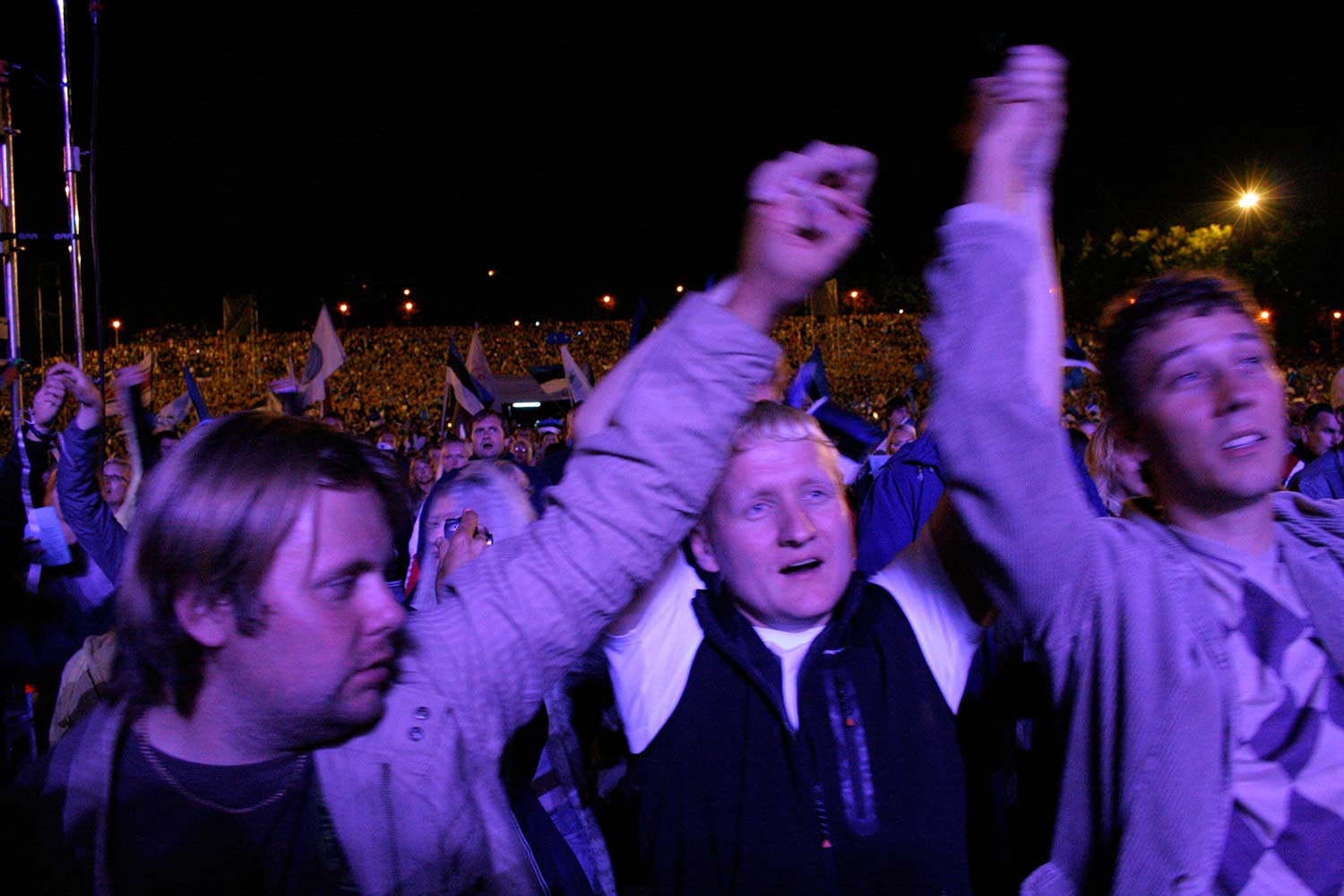 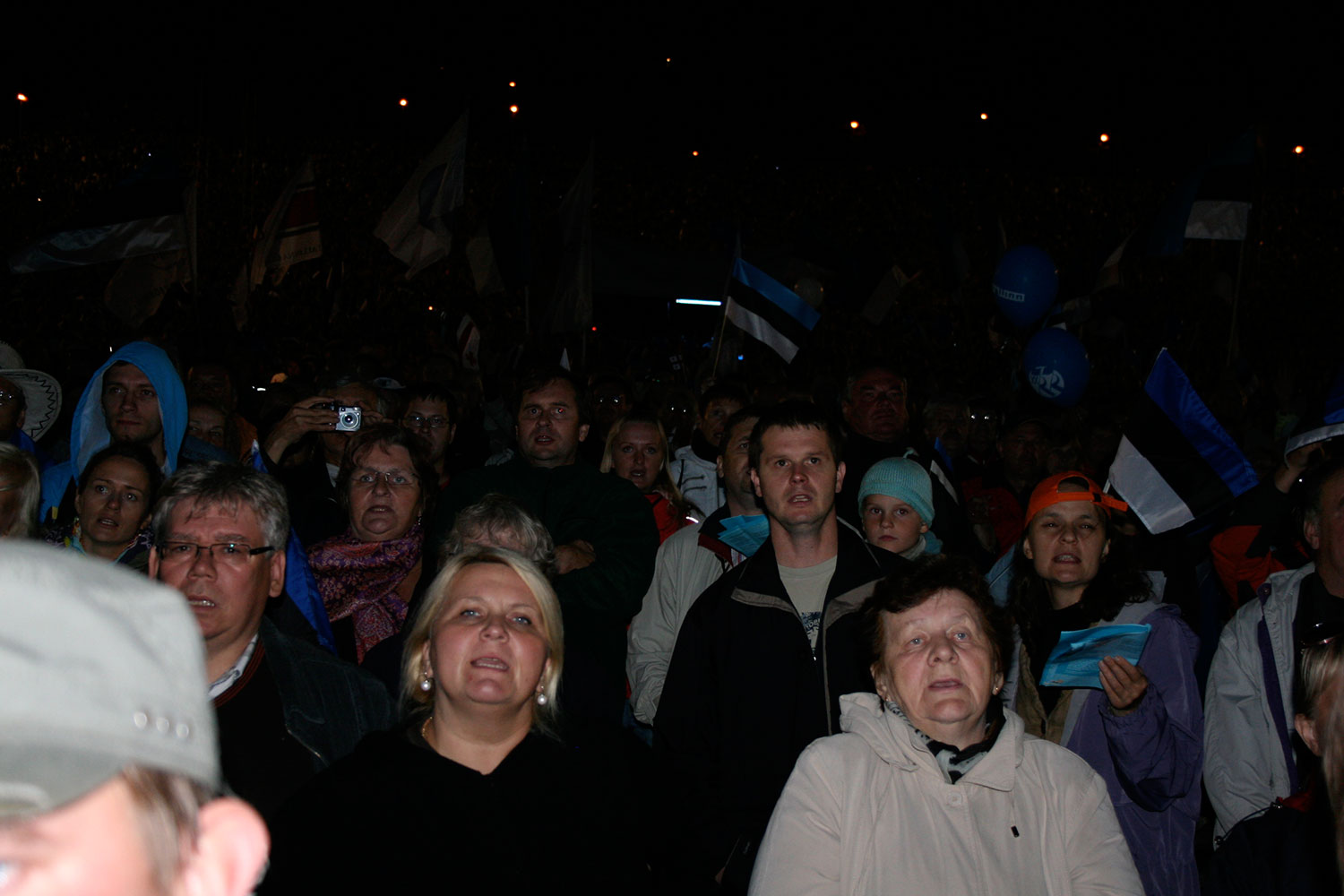 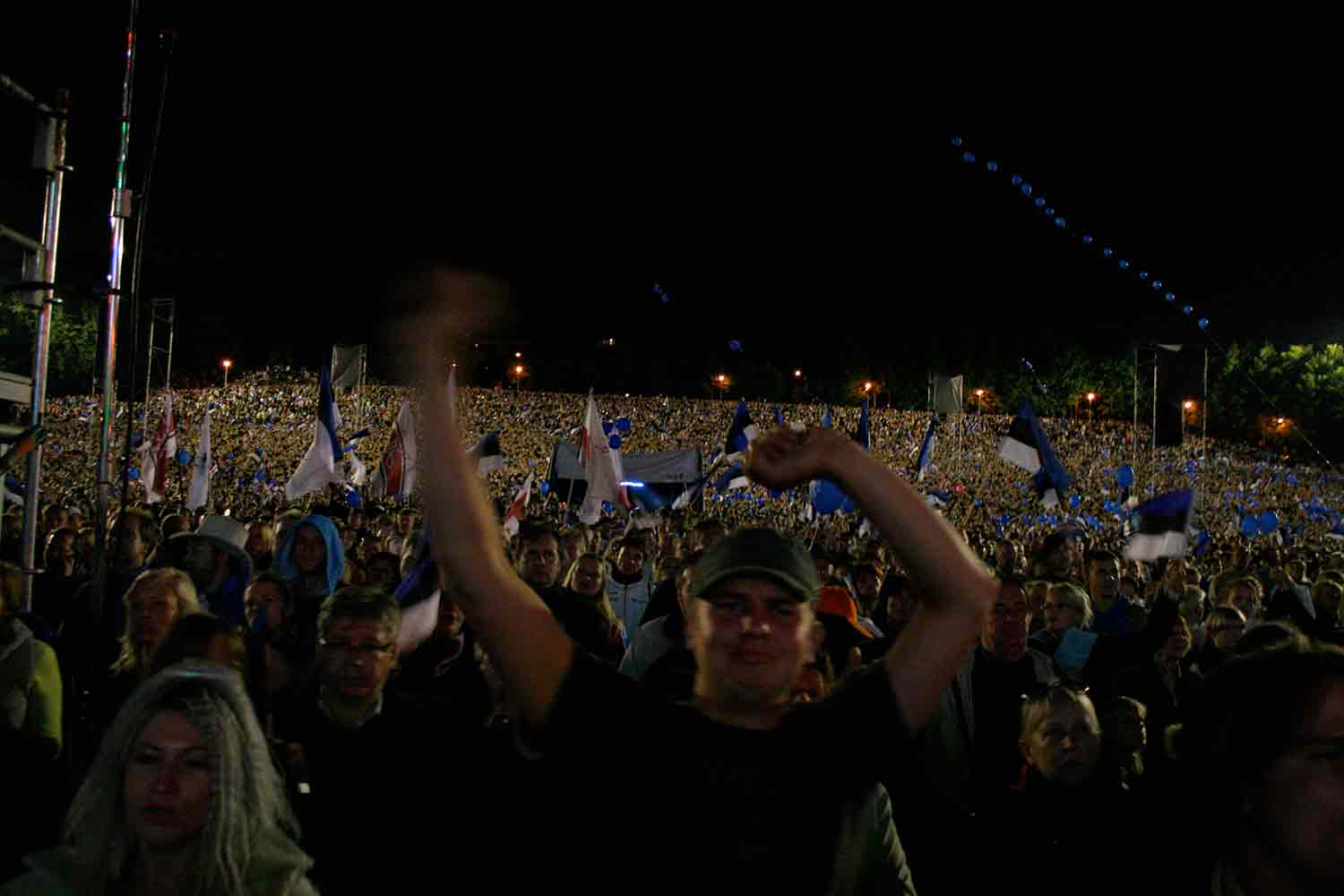 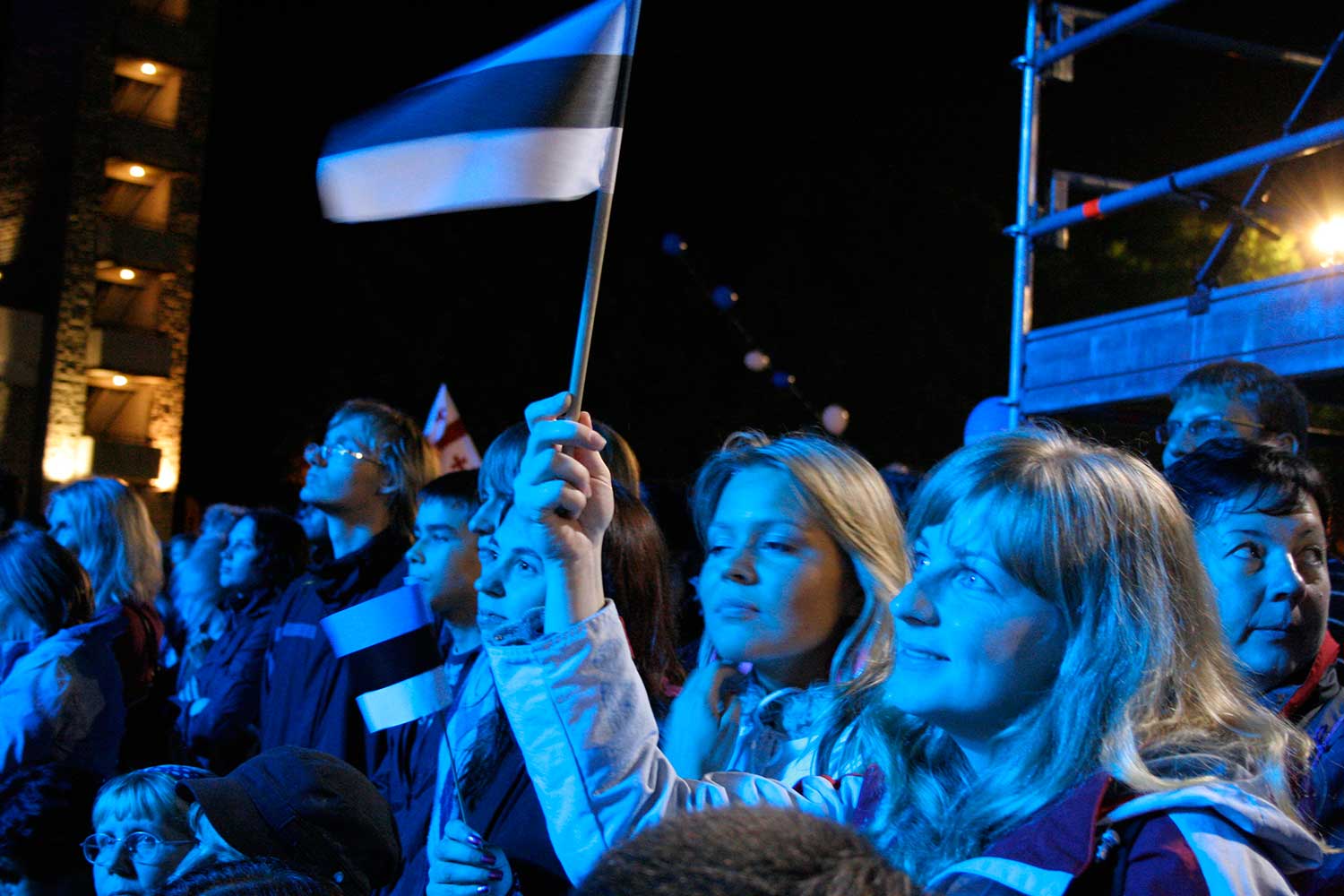 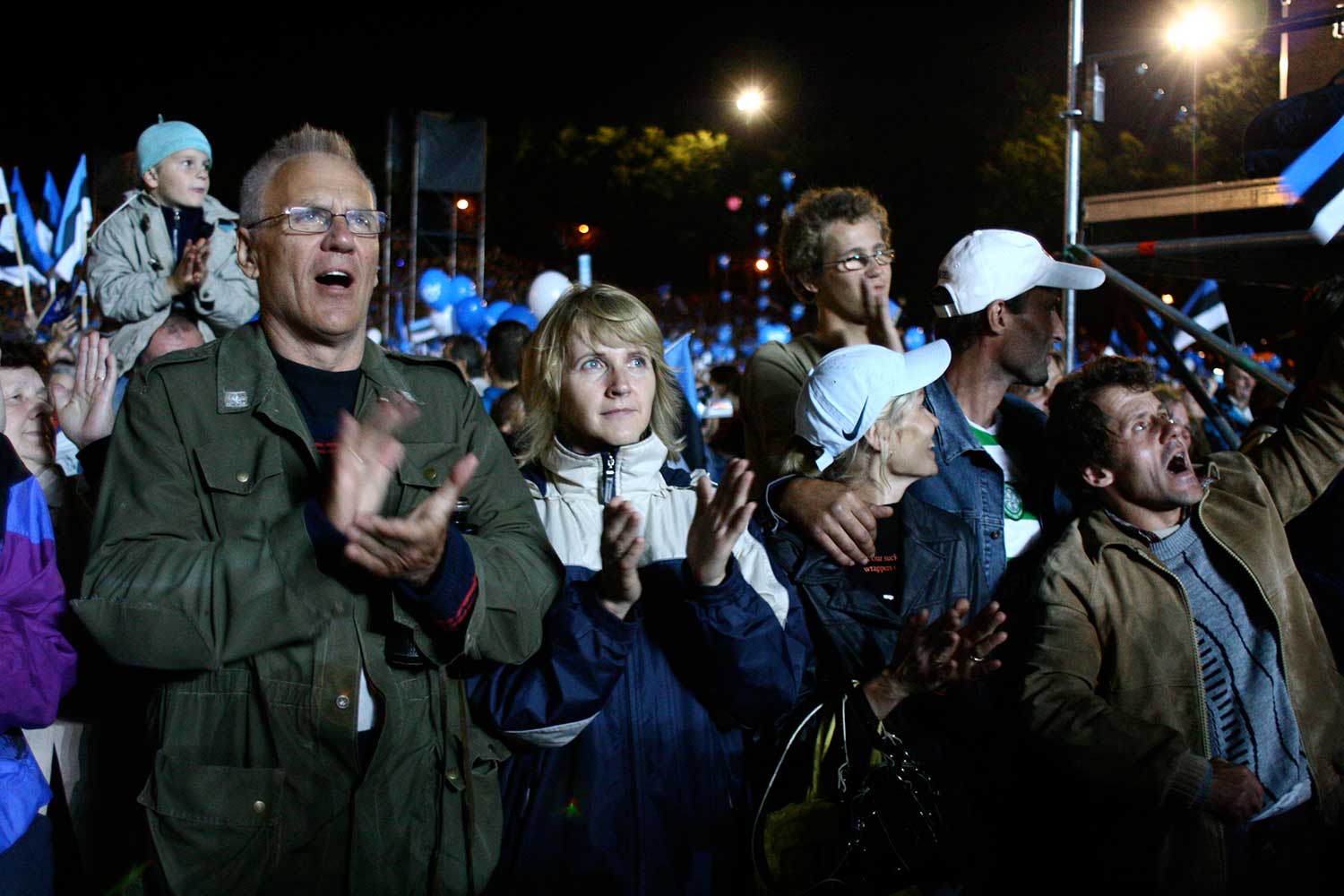 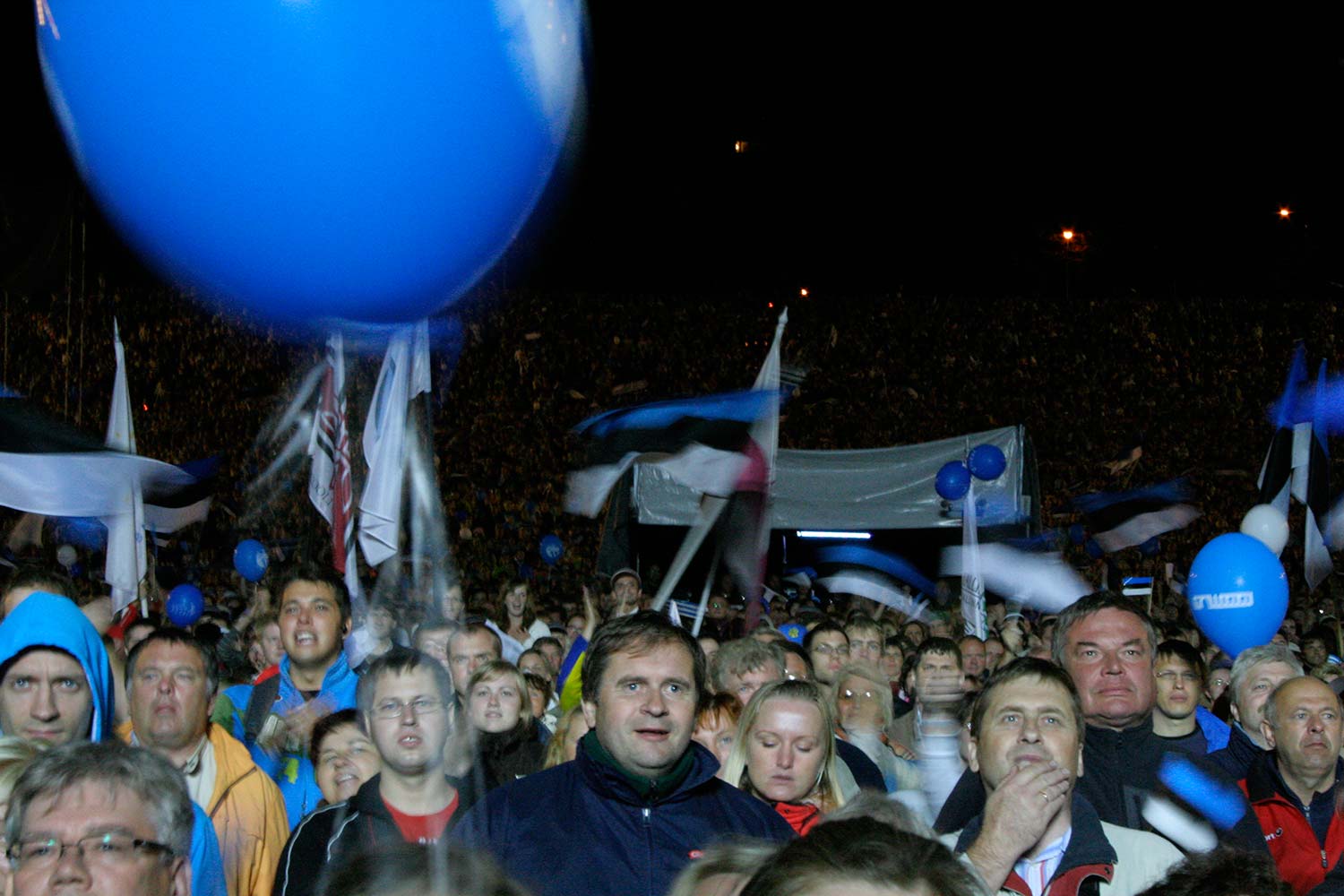 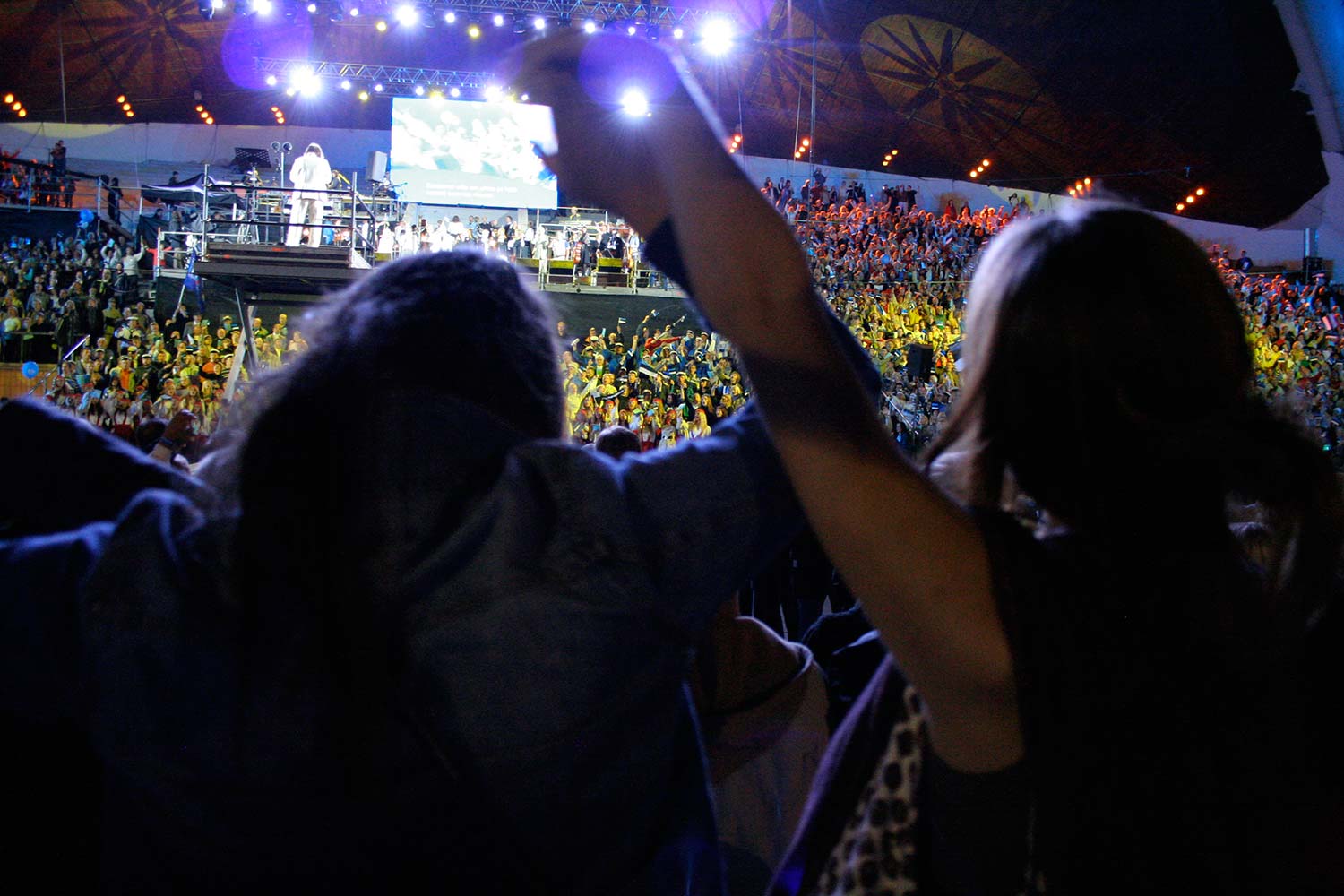 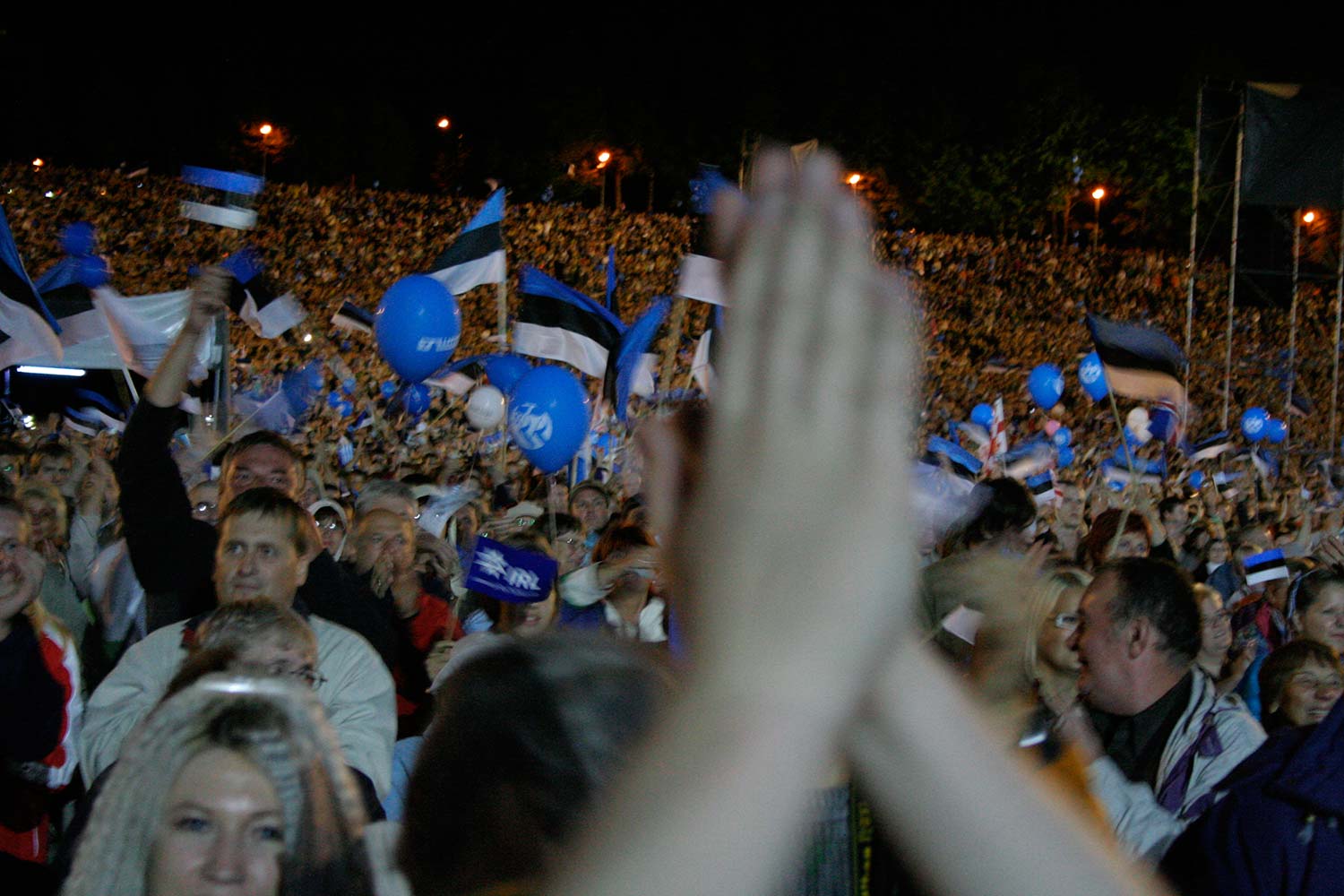 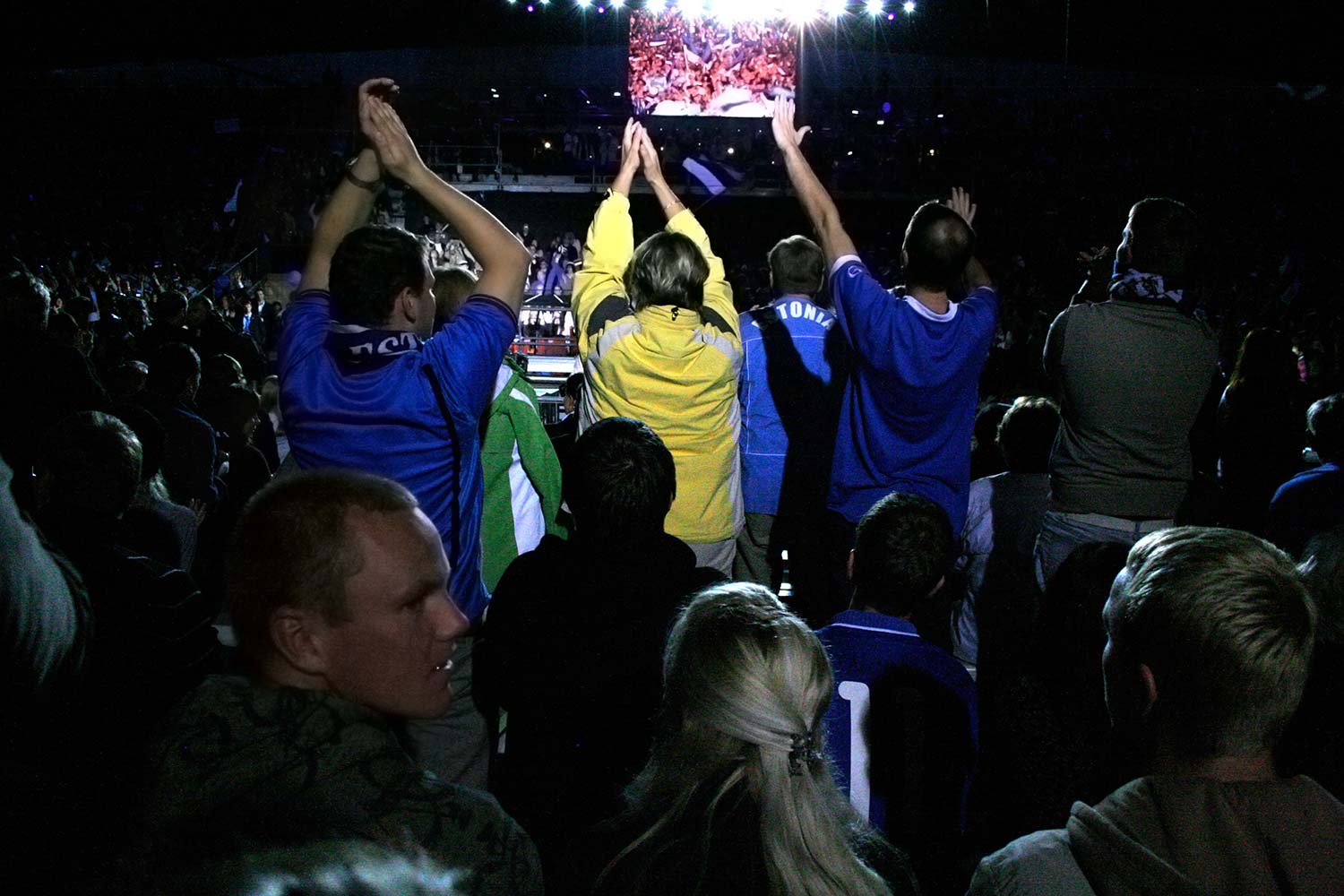 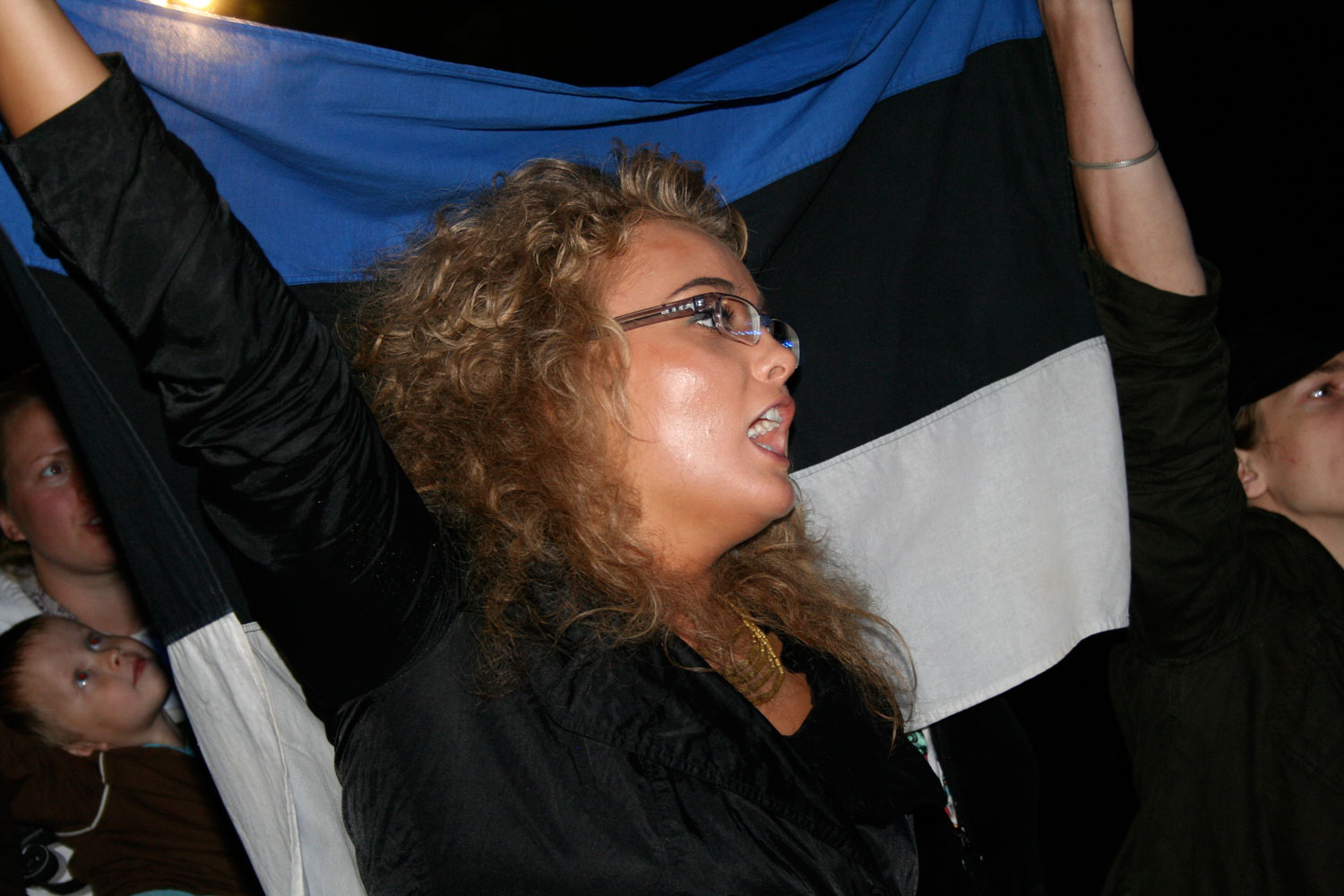 In photography series Re-enacting a Revolution, Estonian artists Flo Kasearu and Tanel Rannala documented one of the most monumental as well questionable mass events commissioned and realized to commemorate the 20th anniversary of the legendary Night Song Festival, also known as a part of Singing Revolution events, which happened spontaneously in one warm summer night in 1988. Twenty years later (2008), the re-enactment of that historical event was staged and crowd of 70, 000 people gathered together to sing patriotic and national songs. The artists have depicted the atmosphere of the Tallinn Song Festival Grounds that night, which in same cases have taken the form of mass hysteria. Needless to say, the popular singing party was part of the official Estonian Republic 90 jubilee programme.