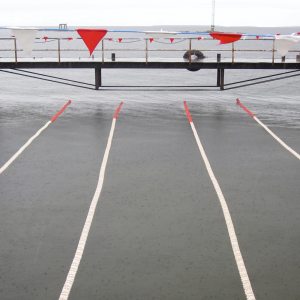 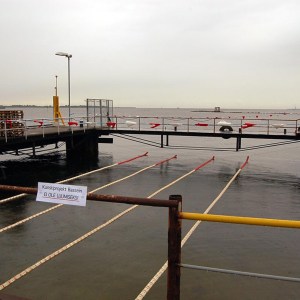 Tallinn – people’s city ends on the coastline, actually far more before the coastline. From there it is all about ships and broken glass and chunks of ferroconcrete and sunken car wrecks and kittens in a plastic bag. The POOL is the underlining of the remoteness of the sea. A potential.

The sea in the centre of Tallinn is valued from the point where it gives wide seascapes or access to the wealths overseas. But in between of million-dollar seaview and famous panorama of Tallinn welcoming the arrivers from the gulf lies the actual coastline in gray desolation. An isolation of over-regulated Soviet border area has now transformed into desolation of under-regulated no man’s land in wait for big investments. But for people in the city the closeness of sea in its physical being is like a well-kept secret.

With the help of the “Tallinn: Capital of Culture 2011” curtain-riser project series “52 surprises and ideas” a bright promise has been created in the neglected fields of fireweeds and tansies, concrete and asphalt – a swimming pool. The symbols of comfortable and safe swimming – pool inventory – installed in the pier of Linnahall (a caducous Soviet concert hall descending to the sea) invites people to notice the mis- and disuse of the real virtue Tallinn holds and think on from that point – maybe one can come up with something by himself.