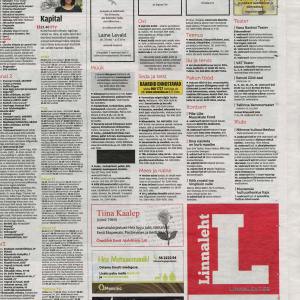 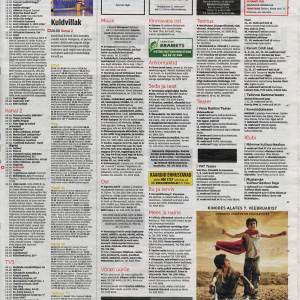 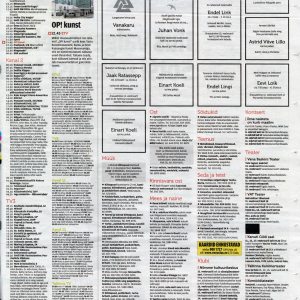 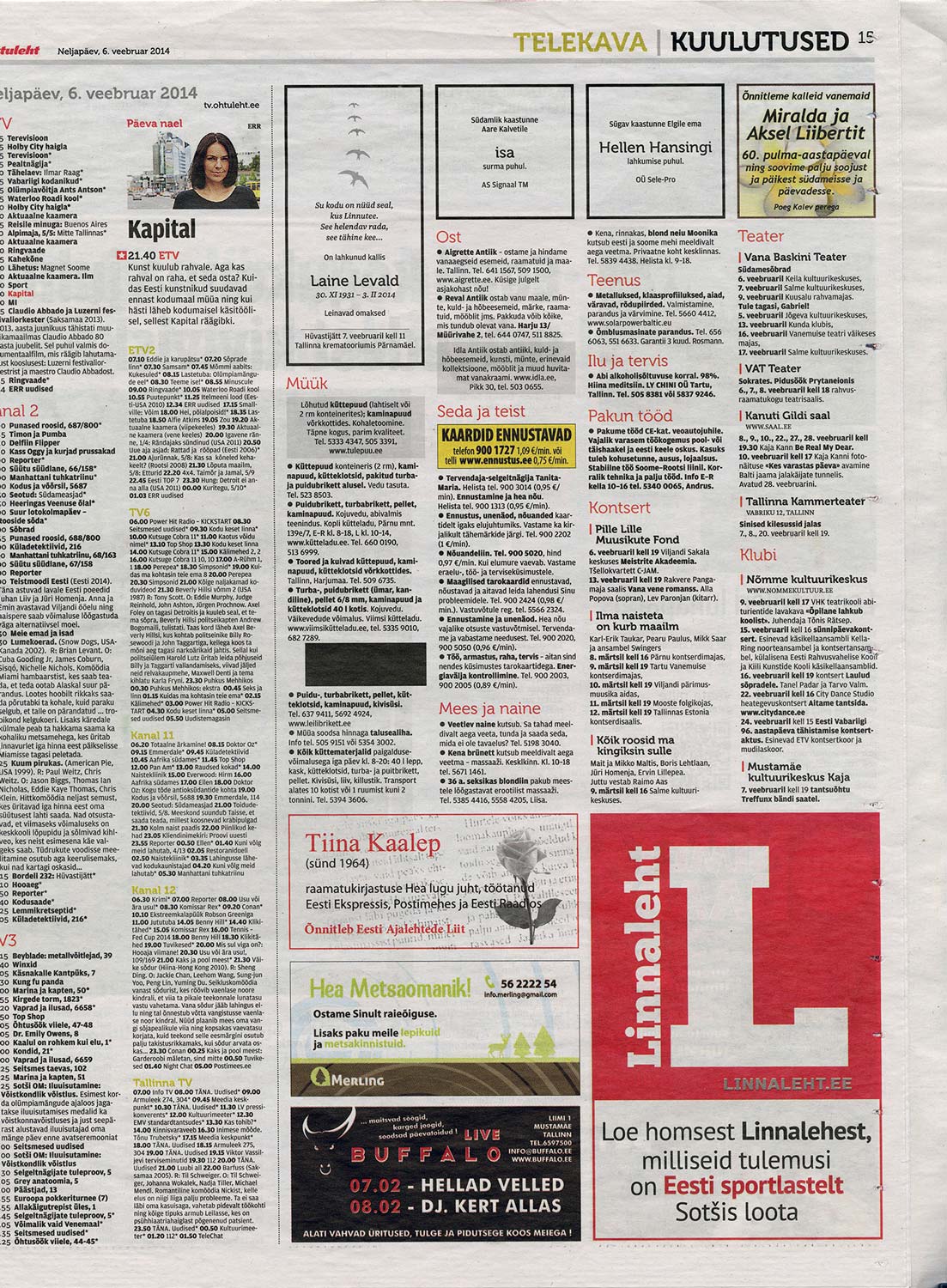 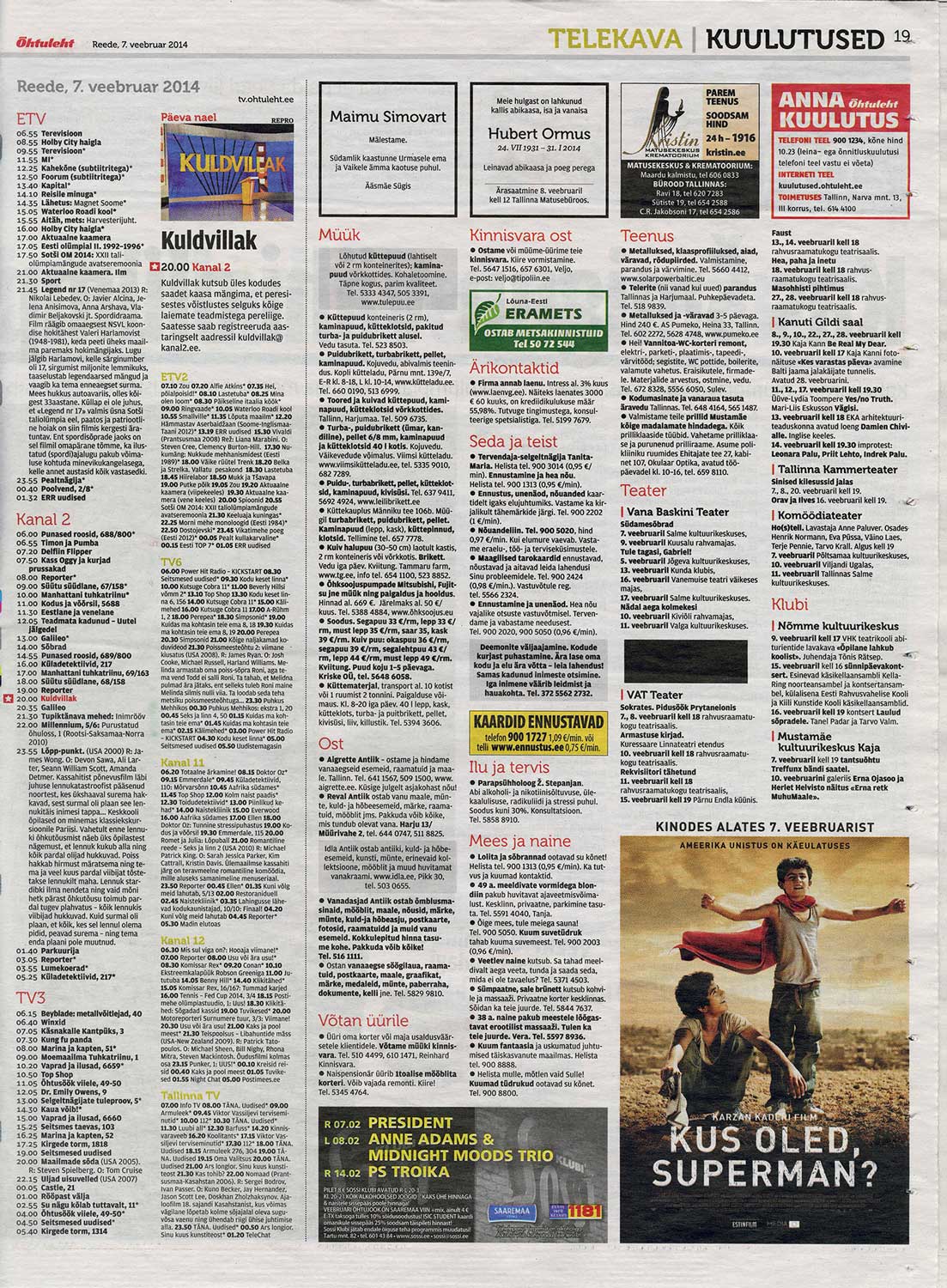 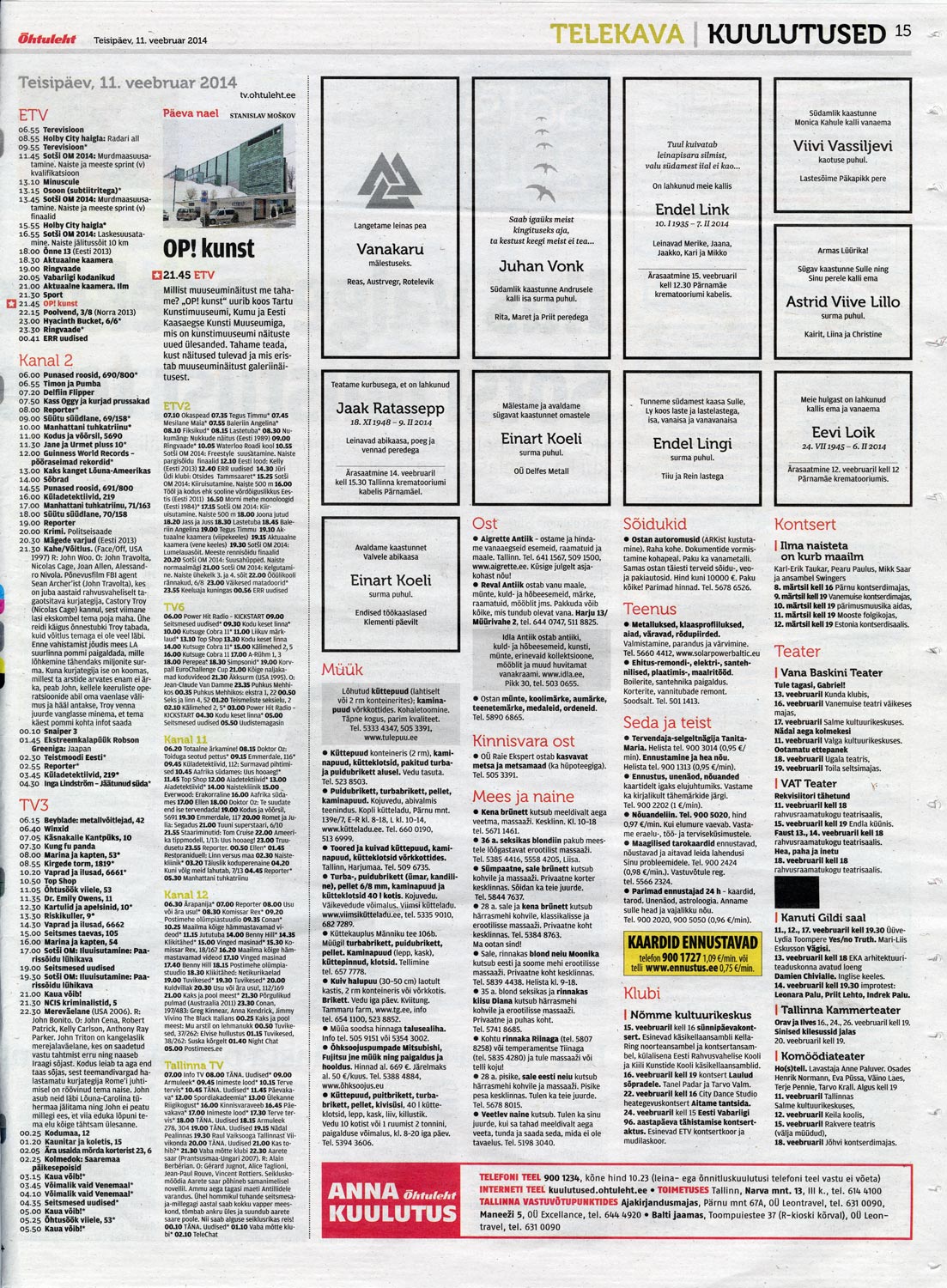 The collaboration was in the form of graphic and linguistic “interventions” in Õhtuleht, the most widely read newspaper in Estonia; or more precisely, on the advertising pages where the usual layouts of these pages will be disrupted by daily musings.

Newspapers are highly influential, political medium when it becomes to language – they are the transmitters of information, gossip, death and propaganda, and the ultimate battlefield for the eternal democratic fight for the freedom of speech.

In recent times, media are often defined as the alleged “fourth power” in democratic societies. While it is not difficult to see an official newspaper, magazine or TV channel, which openly declares its allegiance to a certain group, as a politicised medium, the media that do not clearly declare their party affiliations can create deep concerns about the impartiality of the media and about the subordination of communications to political interests. These affiliations are not always apparent, and therefore, people tend to accept the ideas put forth by those who wish to control communications for the good of society, or to oppose those who support the freedom of communications and minority empowerment.