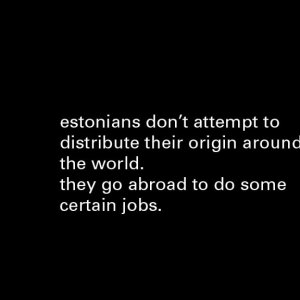 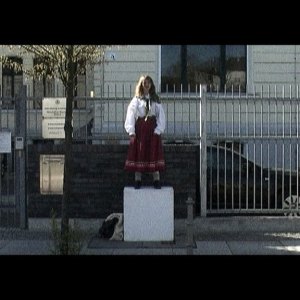 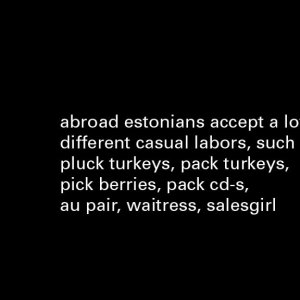 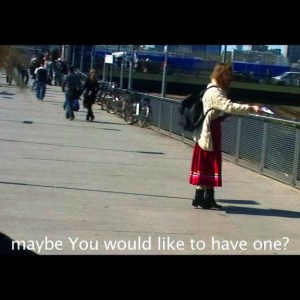 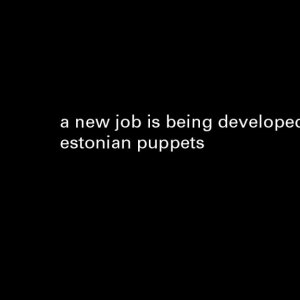 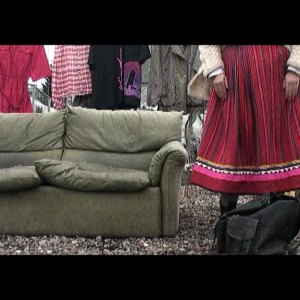 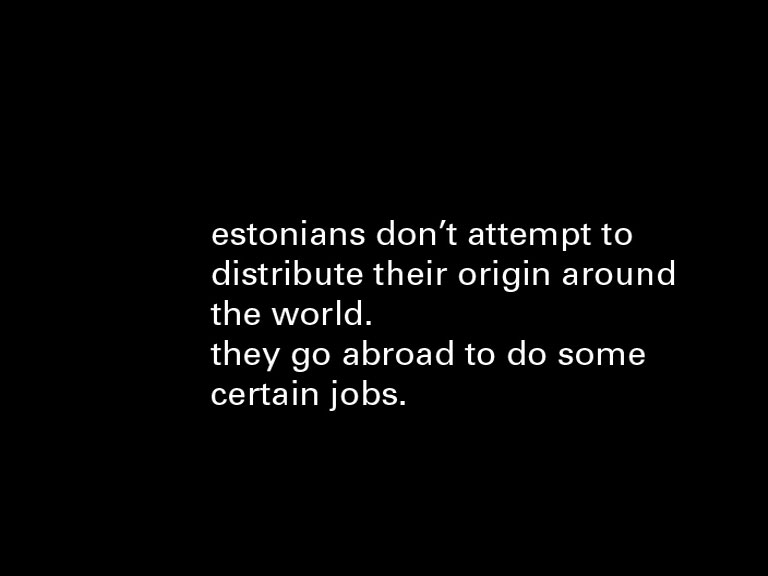 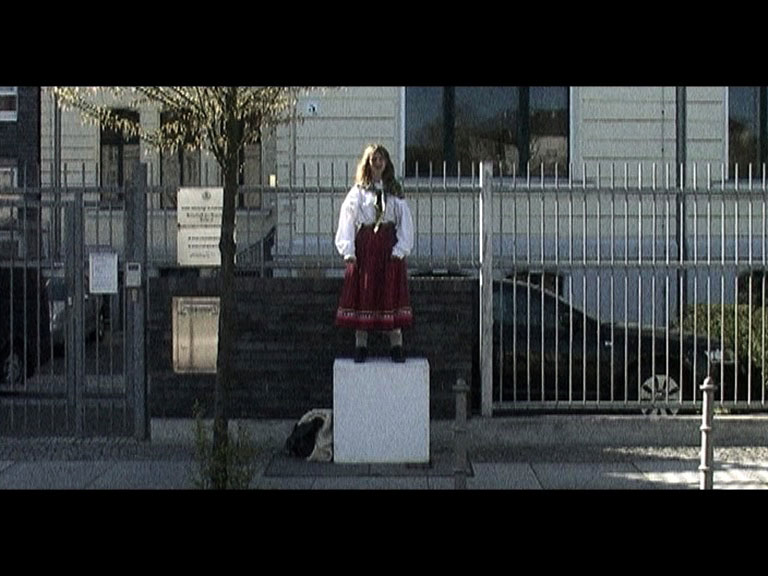 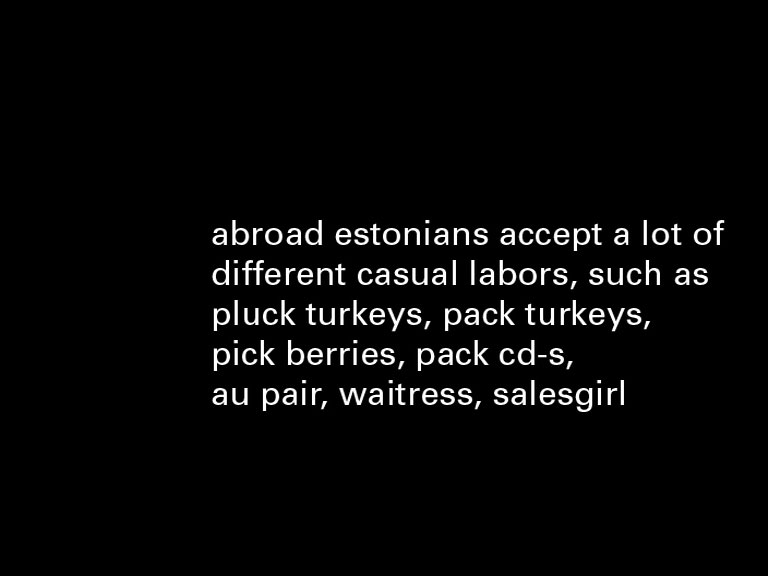 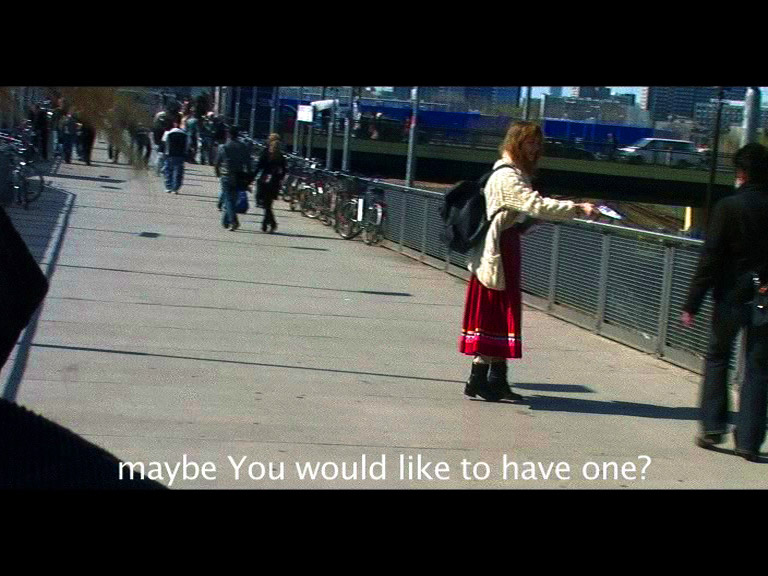 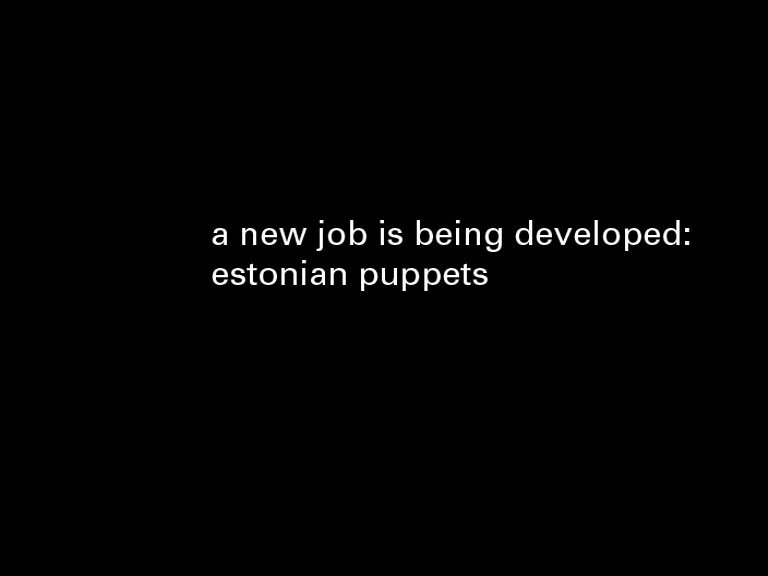 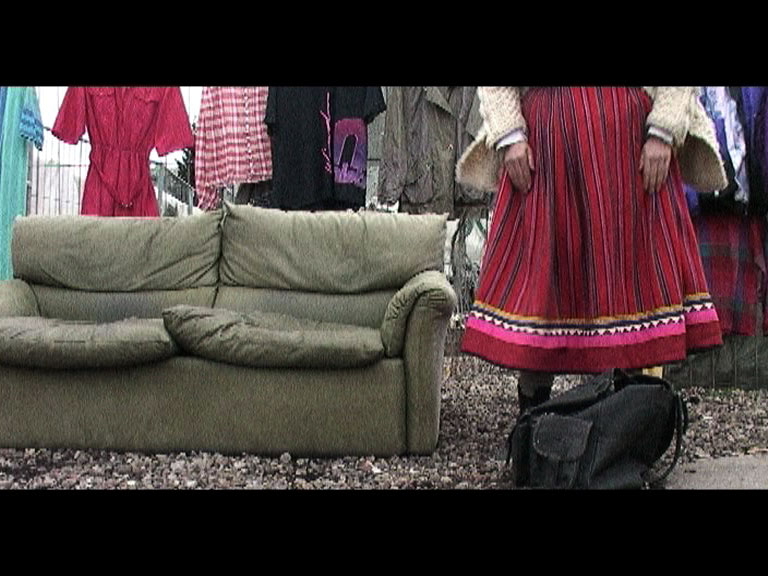 This video speaks about a lady who wears estonian national clothing for introducing and promoting Estonia in Berlin. The lady, who reminds a doll that you can buy from a souvenir shop, is giving speeches on the streets and metros. She is sharing information about the geographical facts, flora and fauna, time-zone and other important facts about Estonia. Later on she inherits her instruments (national clothing) to a girl that she has been following and who is probably another estonian abroad, and therefore will probably continue the mission. The brave and crazy character acts like a voluntary missionary, a self-styled diplomat, who has taken herself the responsibility to talk to people about such a small country as Estonia. Having the effect of a Jehovah’s Witness or a sales agent, her actions show Estonia as a religion but also as a country that follows the marketing logic. The story gets scarier when you start thinking about the prime mover and the brainwash (ethnic based national identity), which motivates people to become fanatical. Can national feelings ever be as powerful as God or Money, and will that drive people voluntarily to such a desperate activity?

The story includes also a theme – work. The character from Eastern-Europe does a voluntary job for no money, on her own initiative of course. This story can be hooked up with the issue of forced labour migration from East-Europe to Western-Europe, and all the problems that it features: laborer’s rights, responsibilities, living in a foreign country and foreign culture, the experience of multicultural society and so on. Nobody knows the exact amount of estonians (or lithuanians, hungarians) who are living/working in Western-Europe on a, more or less – unofficial job and who do not associate their future with their native country any more. So how will this country’s identical narrative look like?