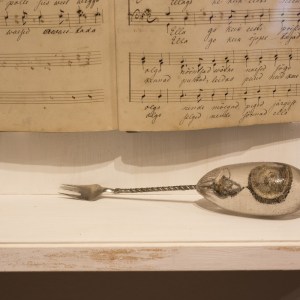 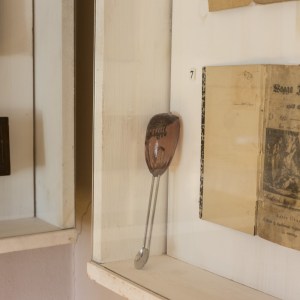 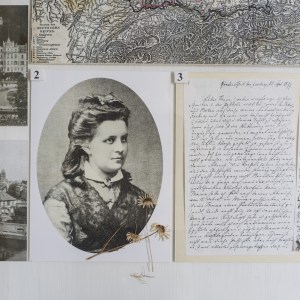 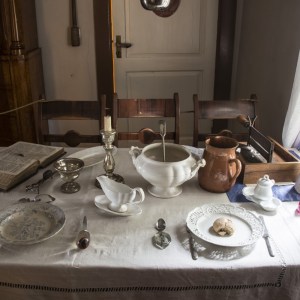 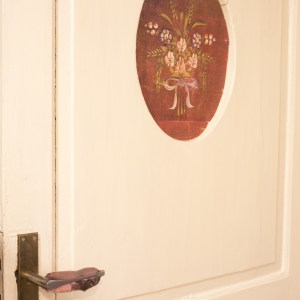 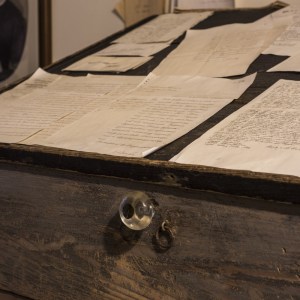 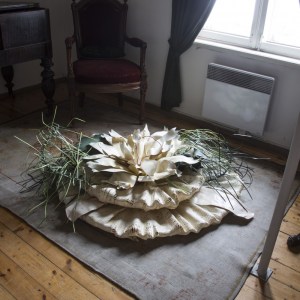 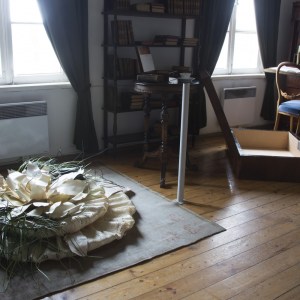 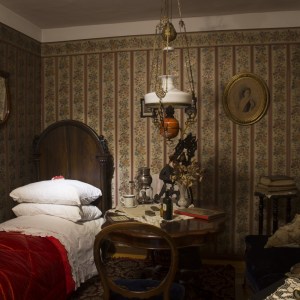 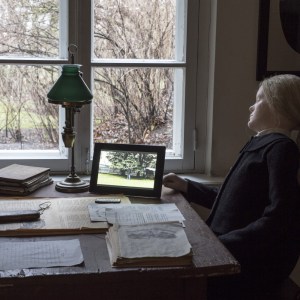 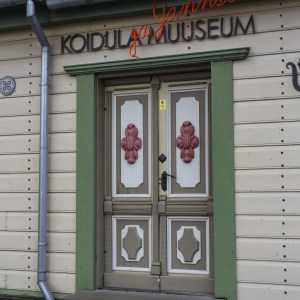 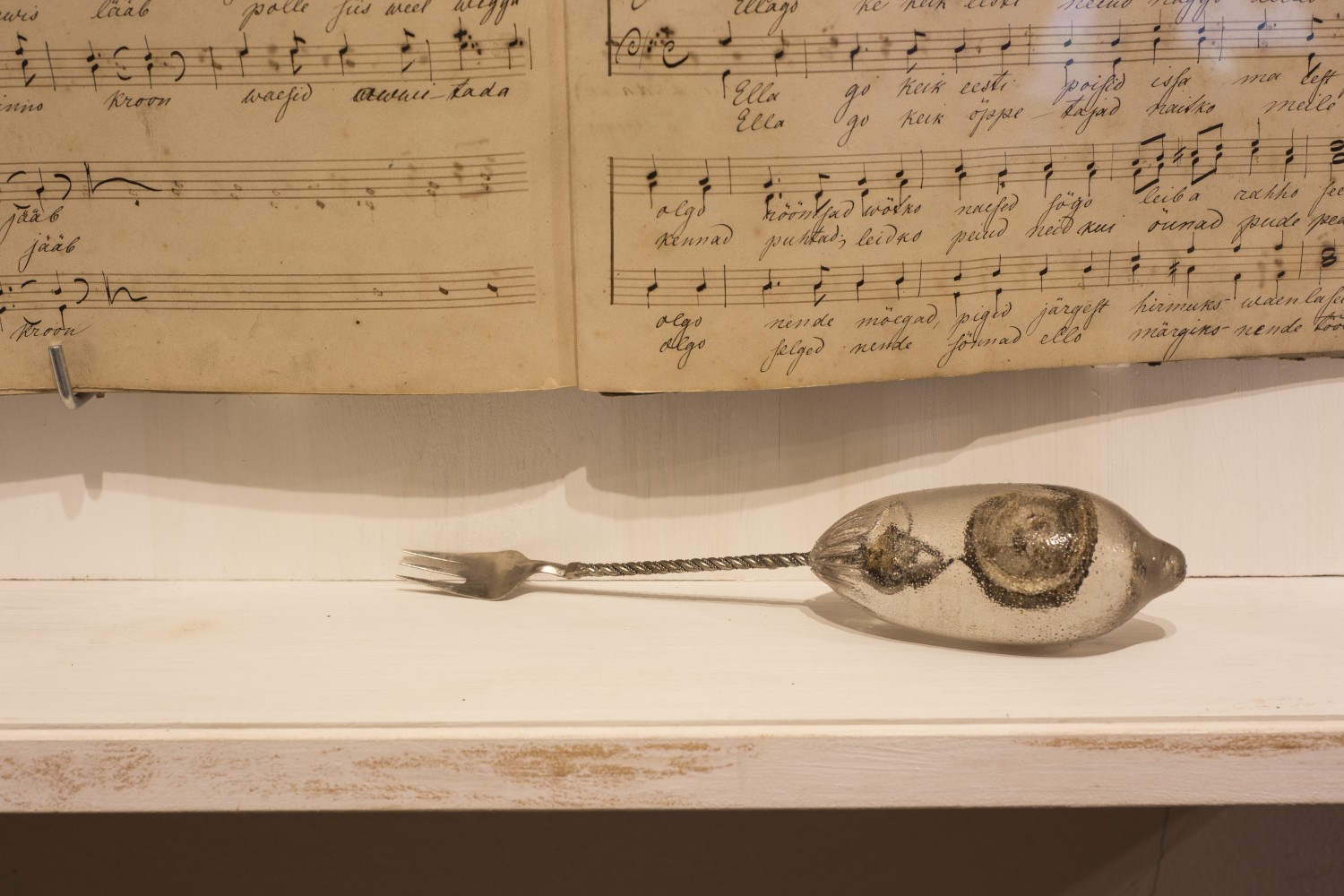 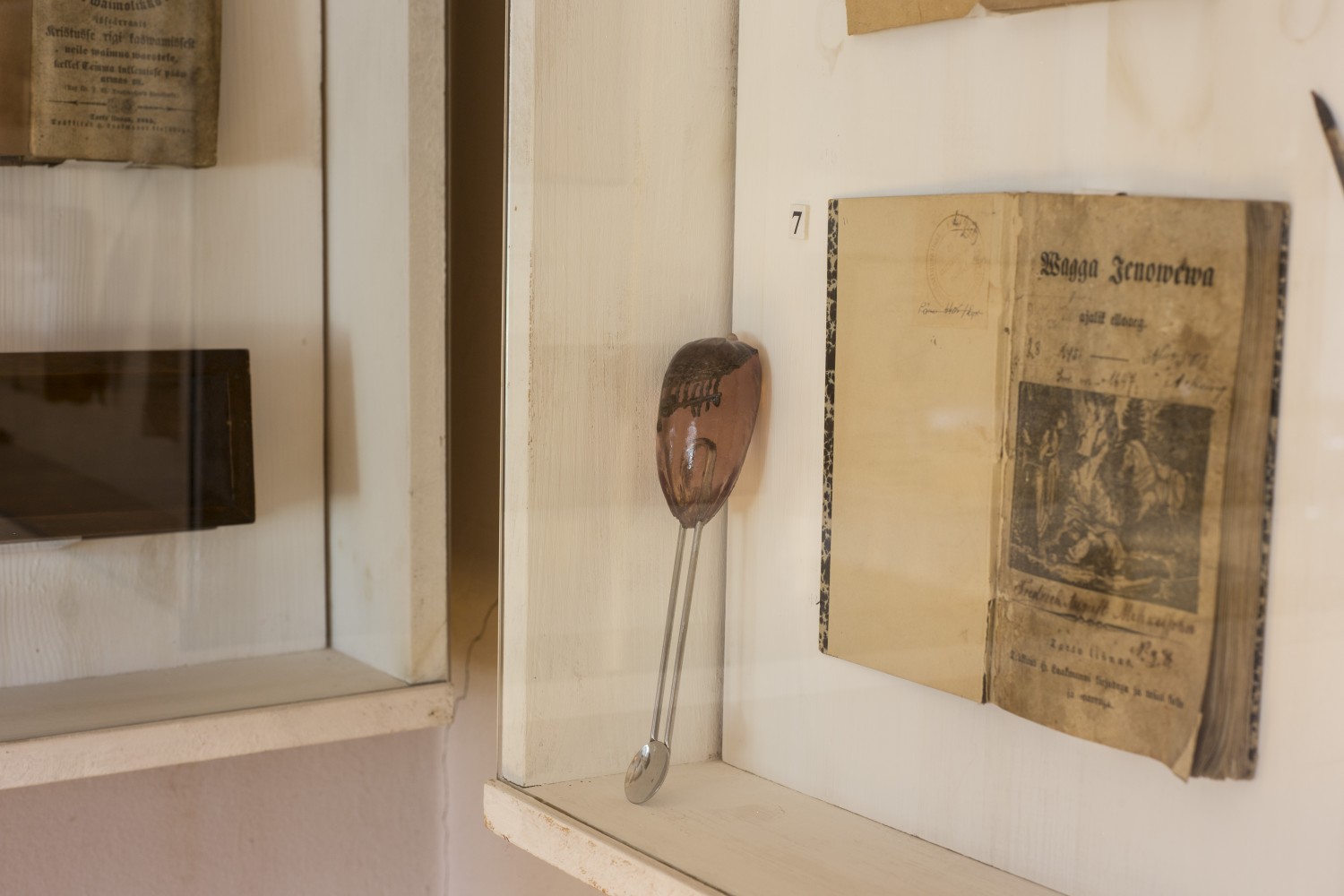 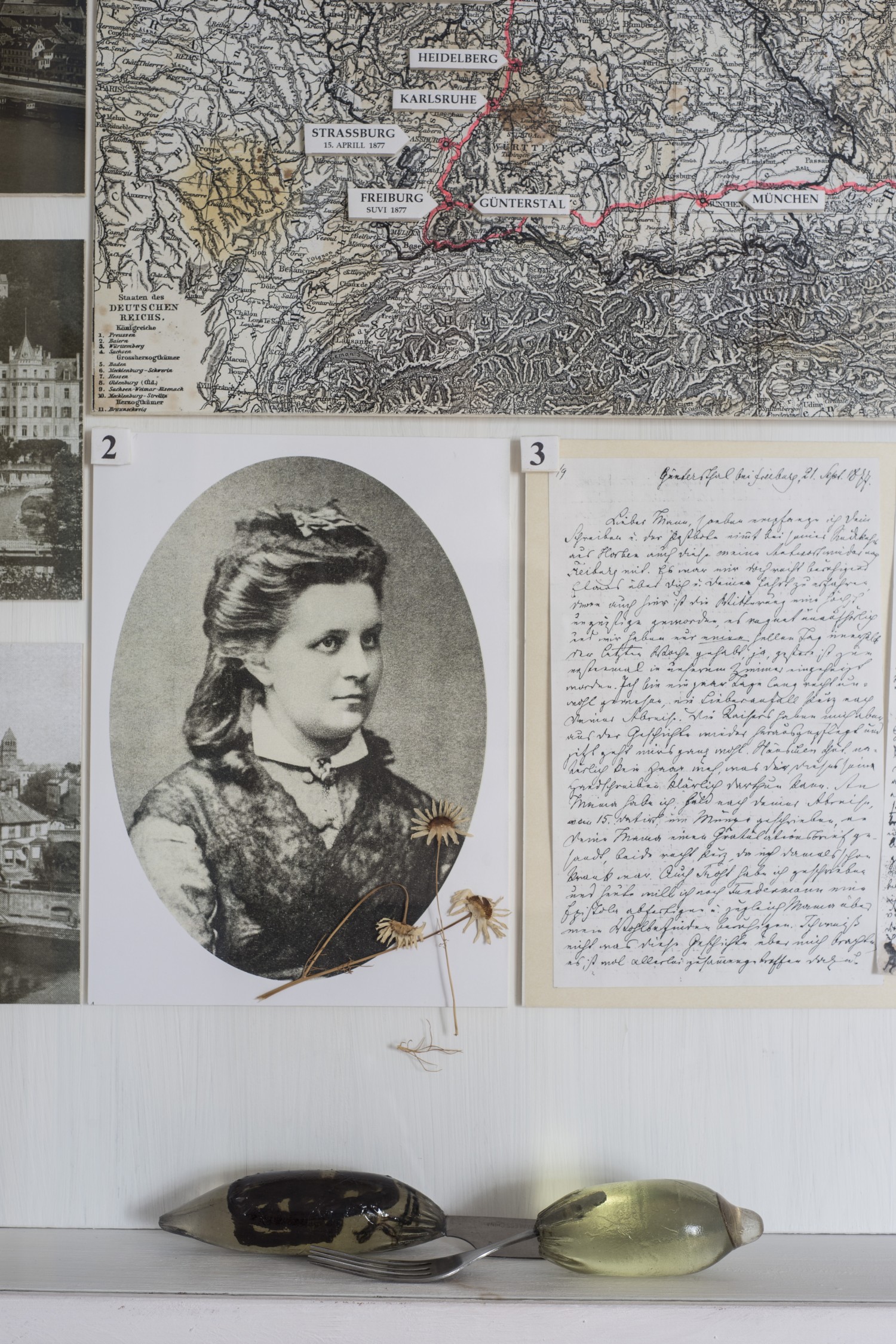 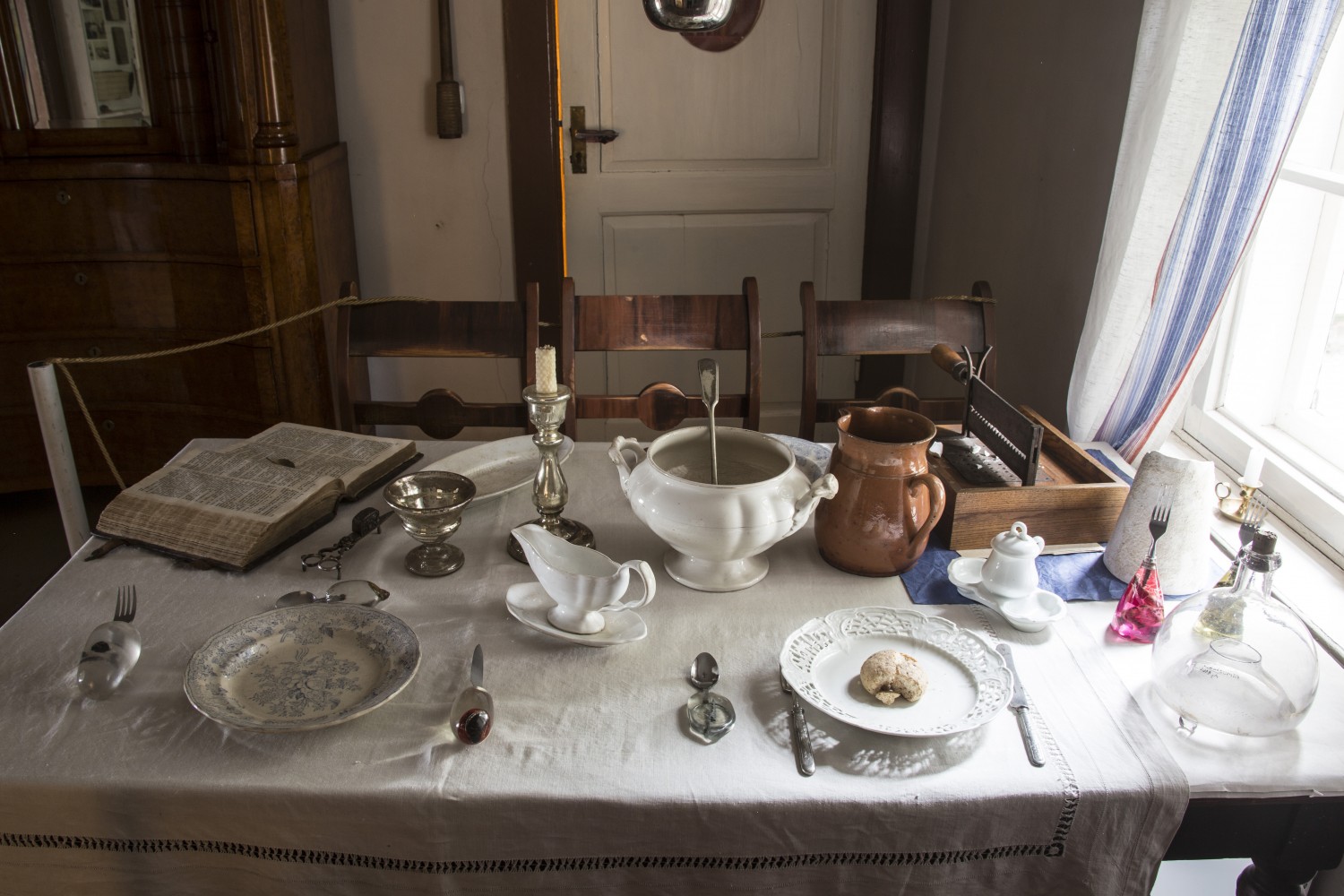 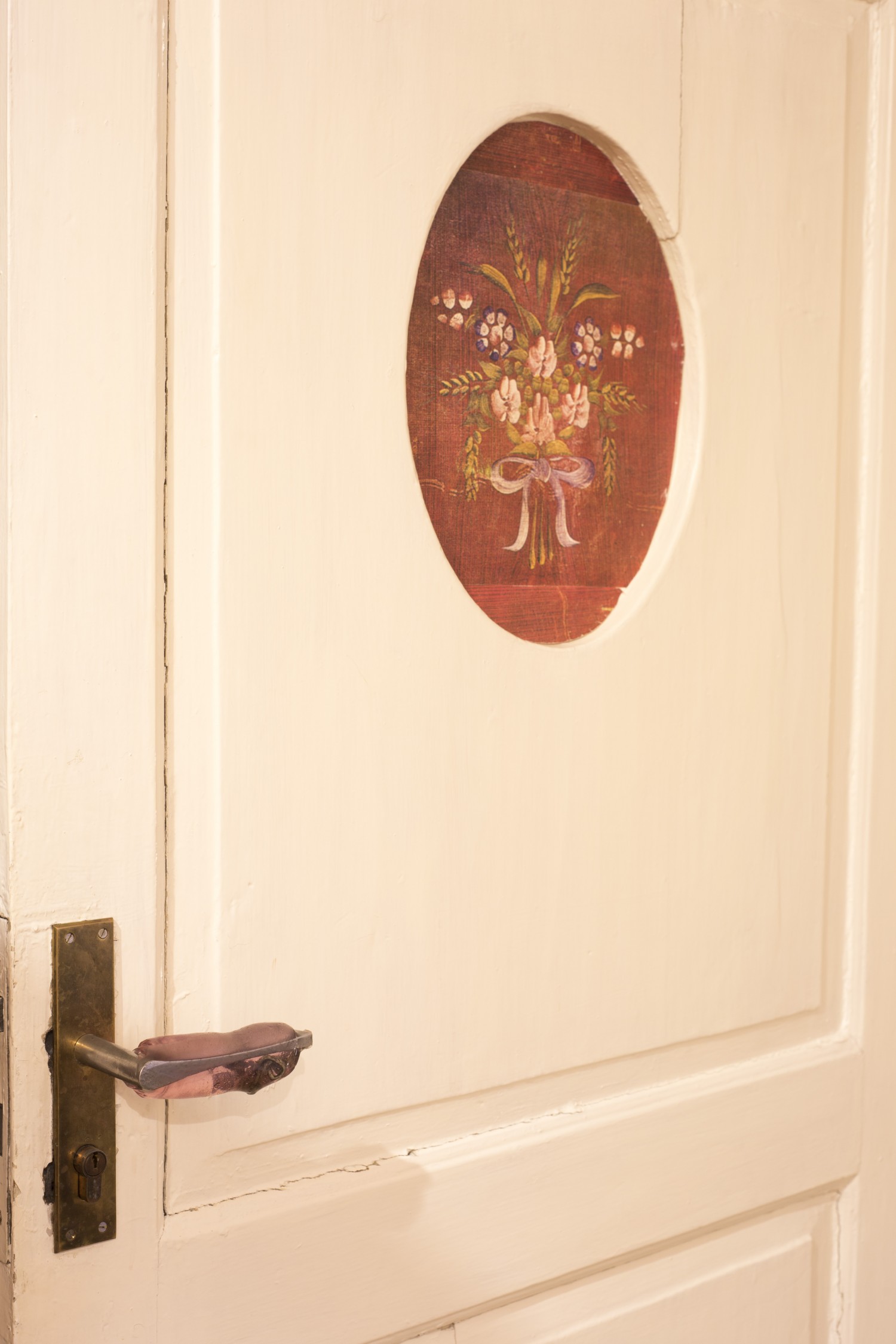 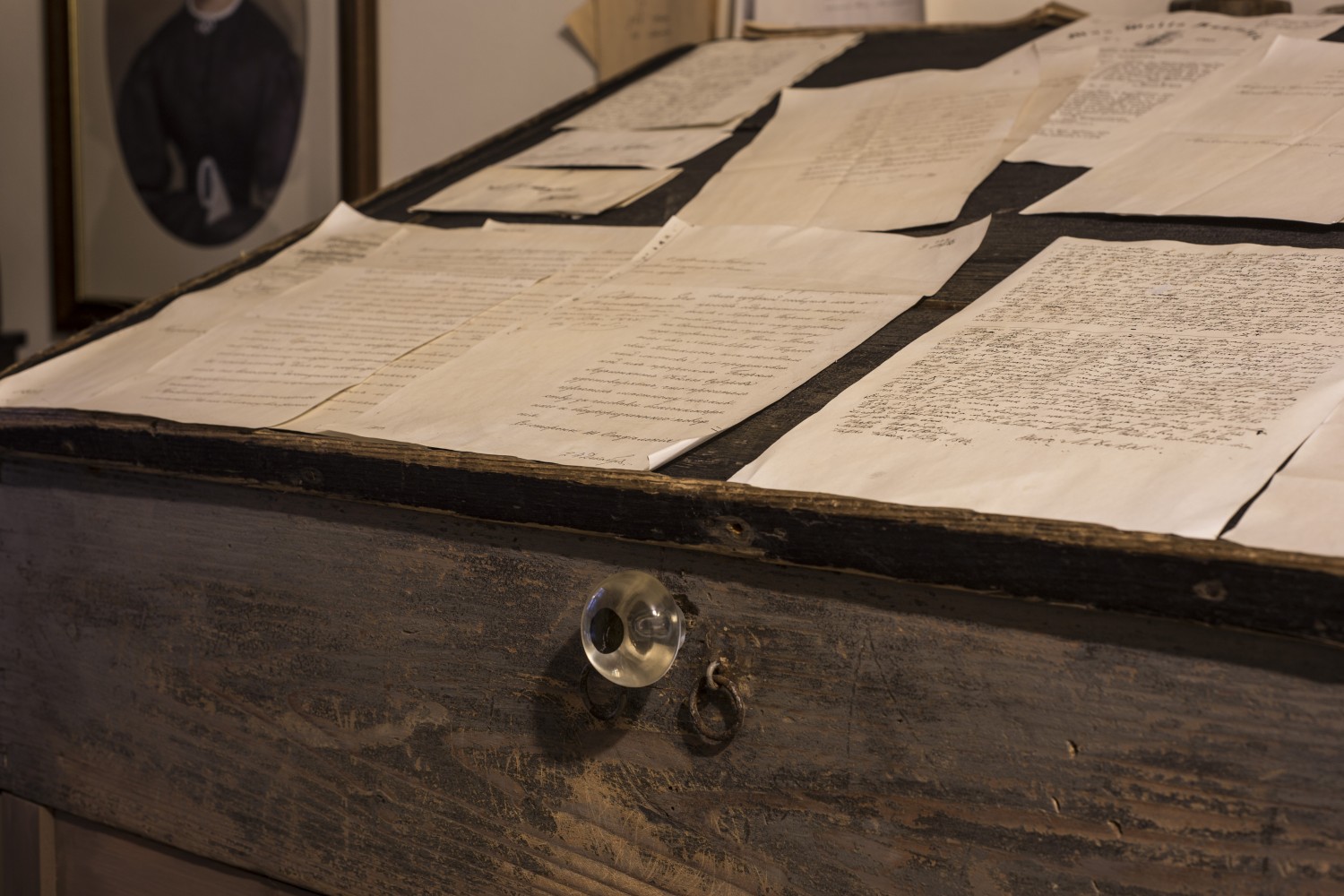 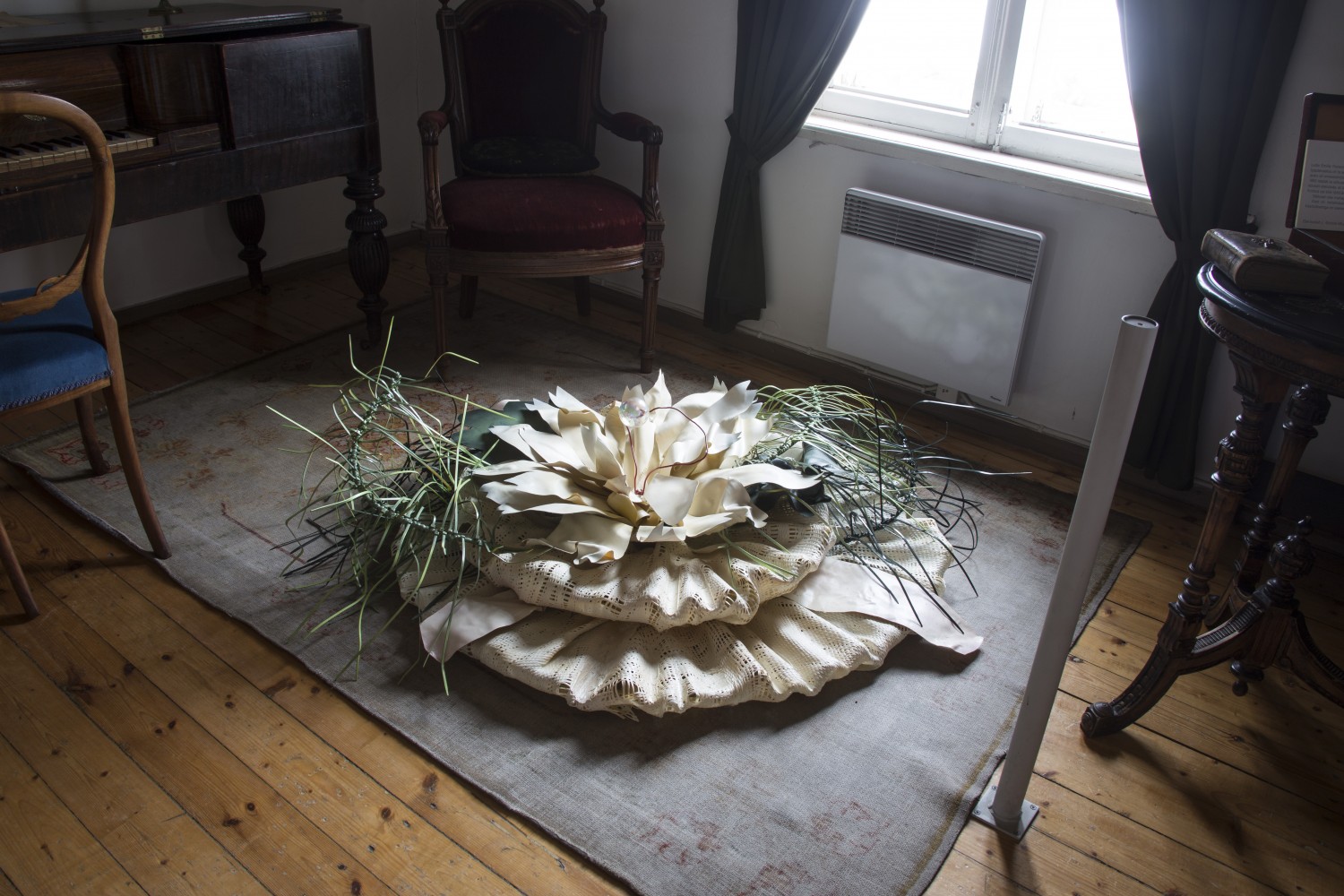 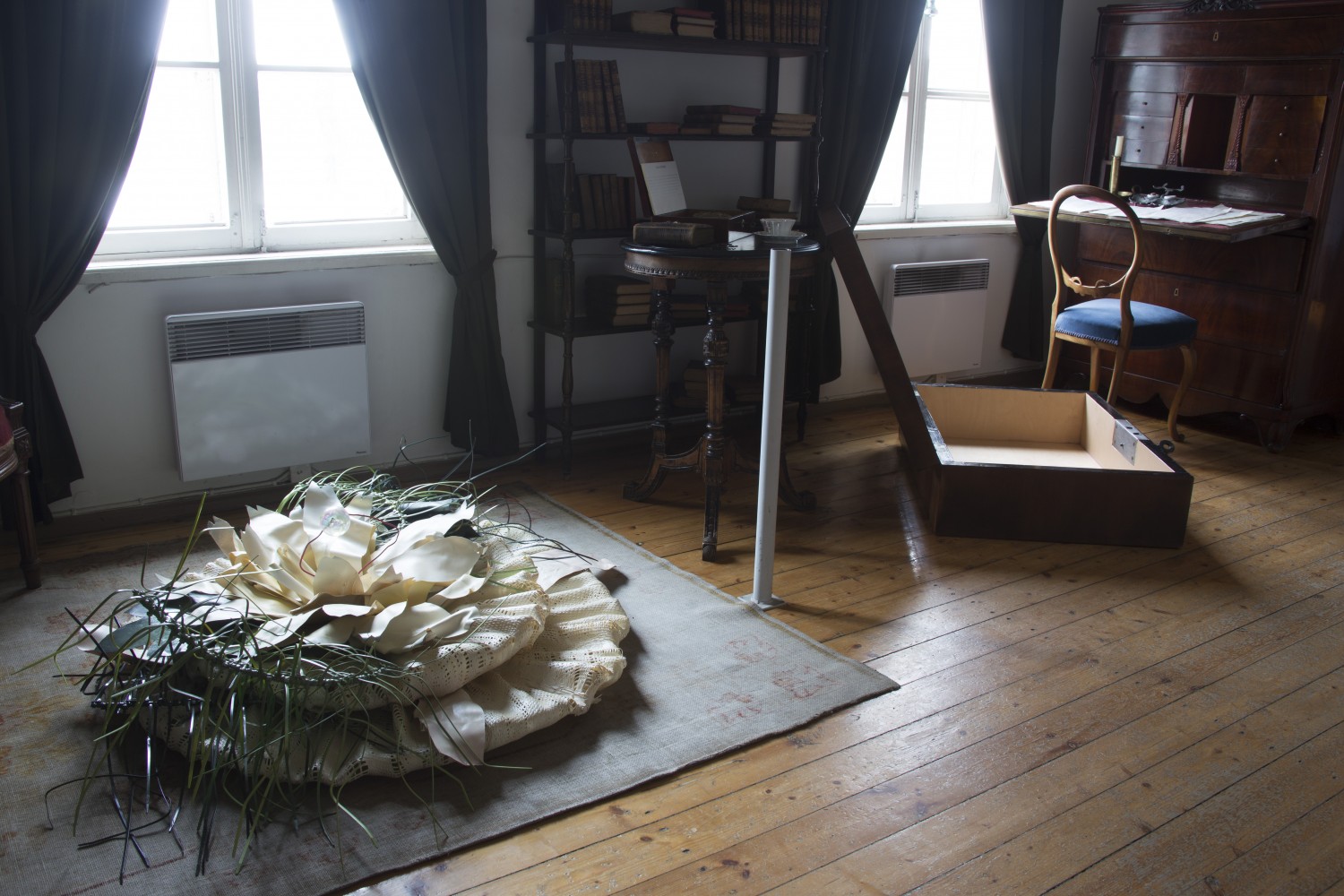 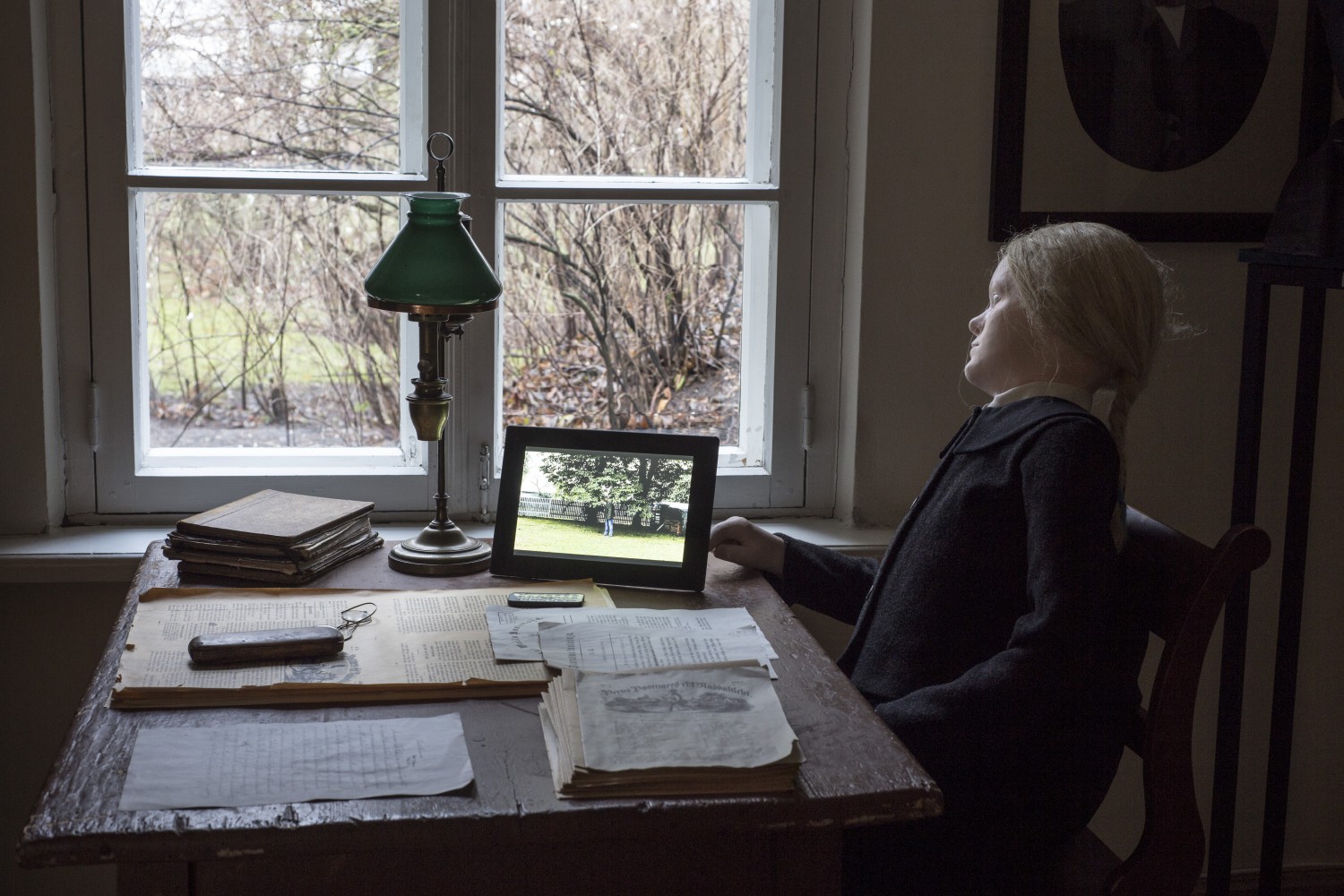 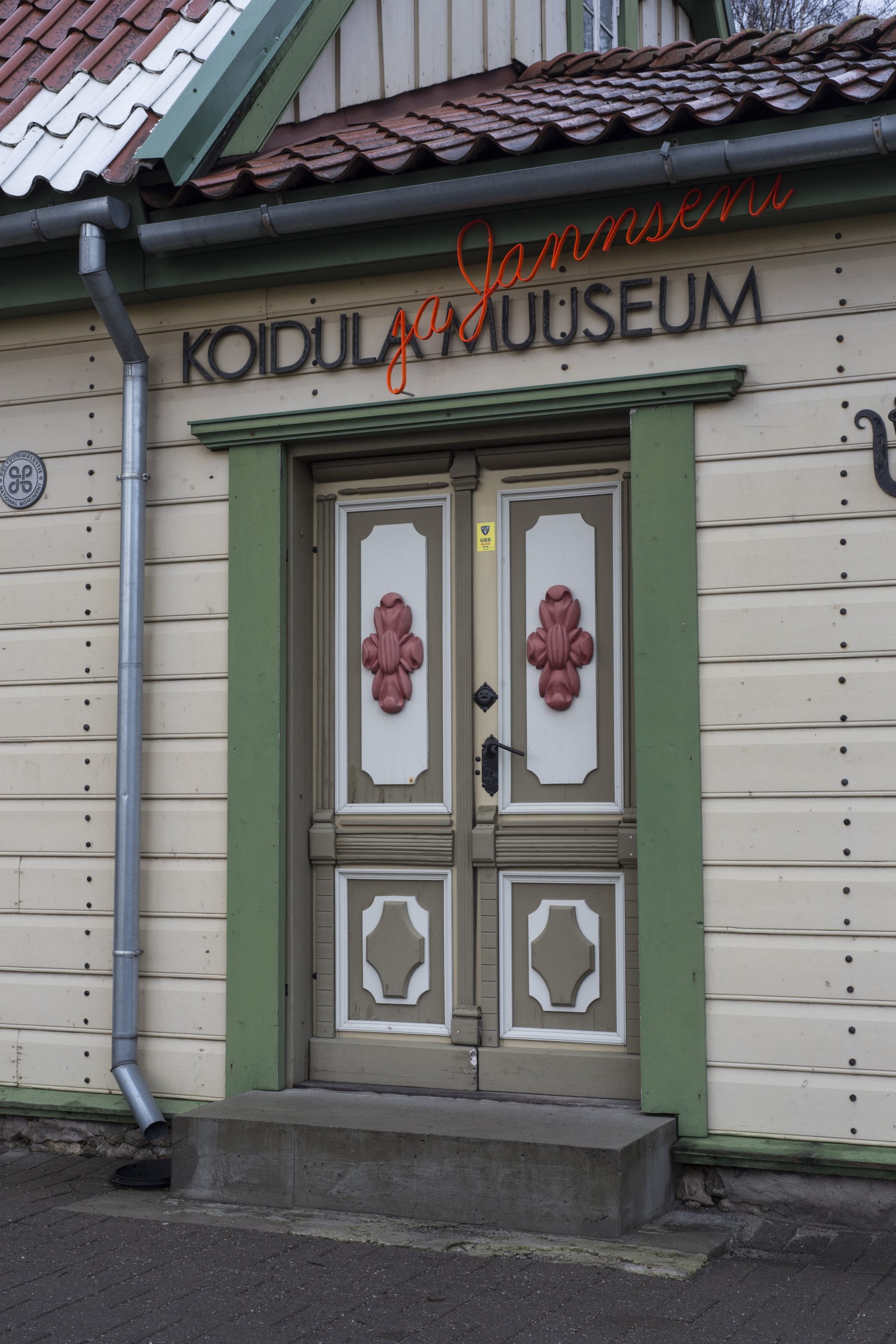 The goal of the project Artists in Collections is to plant an external observer in the museum, with free rein to do as they please. Being in the museum and observing its daily life, Flo Kasearu was specifically interested in Koidula’s identity that nowadays seems to be overshadowed by her own legend. Koidulaulik (Singer of the Dawn) as she was called, is a mythical figure who even now, 100 years later, plays an important role in our national pride and self-determination. As Kasearu opened her house museum in her home in Tallinn already in 2013, not waiting for a posthumous homage in the form of a museum as is tradition, it may also be the reason why her focus is more on the identity than on the museum.

Spending residency time in Koidula Museum as part of the project Artists in Collections, the artist has picked some twists from the museum’s day-to-day business. By magnifying or reshaping them she creates a new trajectory inside the exhibition, which gives the visitors an opportunity to not only get to know Koidula’s life and work but also be more mindful of how the museum presents this story and what kinds of other ways to continue or develop this narrative there might be. The artist’s manner here is greatly more playful and humorous and her responsibility differs from the museum’s which is more official, dignified. But people’s lives are often much more faceted than the heroic personage museums founded after their death let on, and contemporary art can in fact pose questions and suggest scenarios that build a base for further reflection and discussions.

Where does the title come from? Kasearu calculated that Lydia Koidula could have been her great great great grandmother. However, since she was not her grandmother, what passes from generation to generation is instead the nickname given to Koidula by F. R. Kreutzwald – scribble weasel (Estonian: paberinirk)!

Lydia Koidula (1843–1886) was a famous poet, journalist and public figure of the Estonian national awakening and she spent her younger years in Pärnu. The museum operates in the building that she lived in from 1850 to 1863, it’s also the former Pärnu Ülejõe school where her father Johann Voldemar Jannsen, known as the father of Estonian journalism, worked as a teacher.

The visitors can learn about both of their lives and work in the context of Estonian national awakening; there is also a classroom typical of the mid-19th century, Jannsen family dining room and in the writing room we can learn about the beginning of continuous journalism in Estonia starting with the newspaper Perno Postimees in 1857.