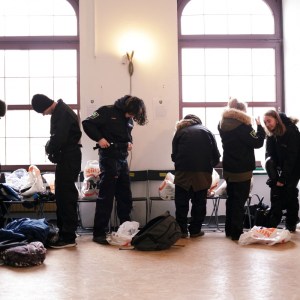 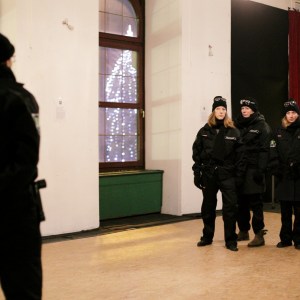 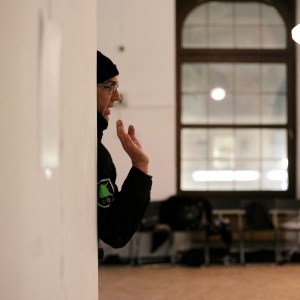 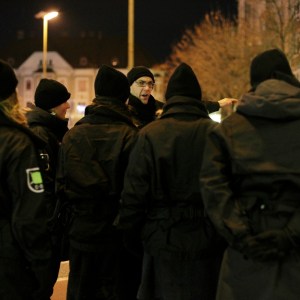 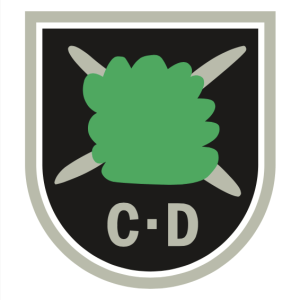 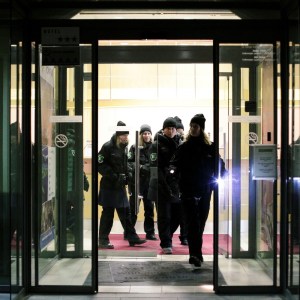 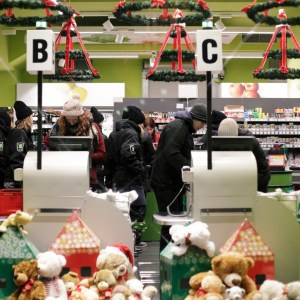 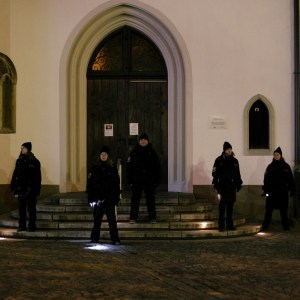 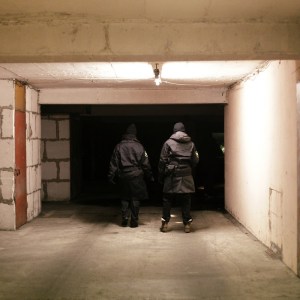 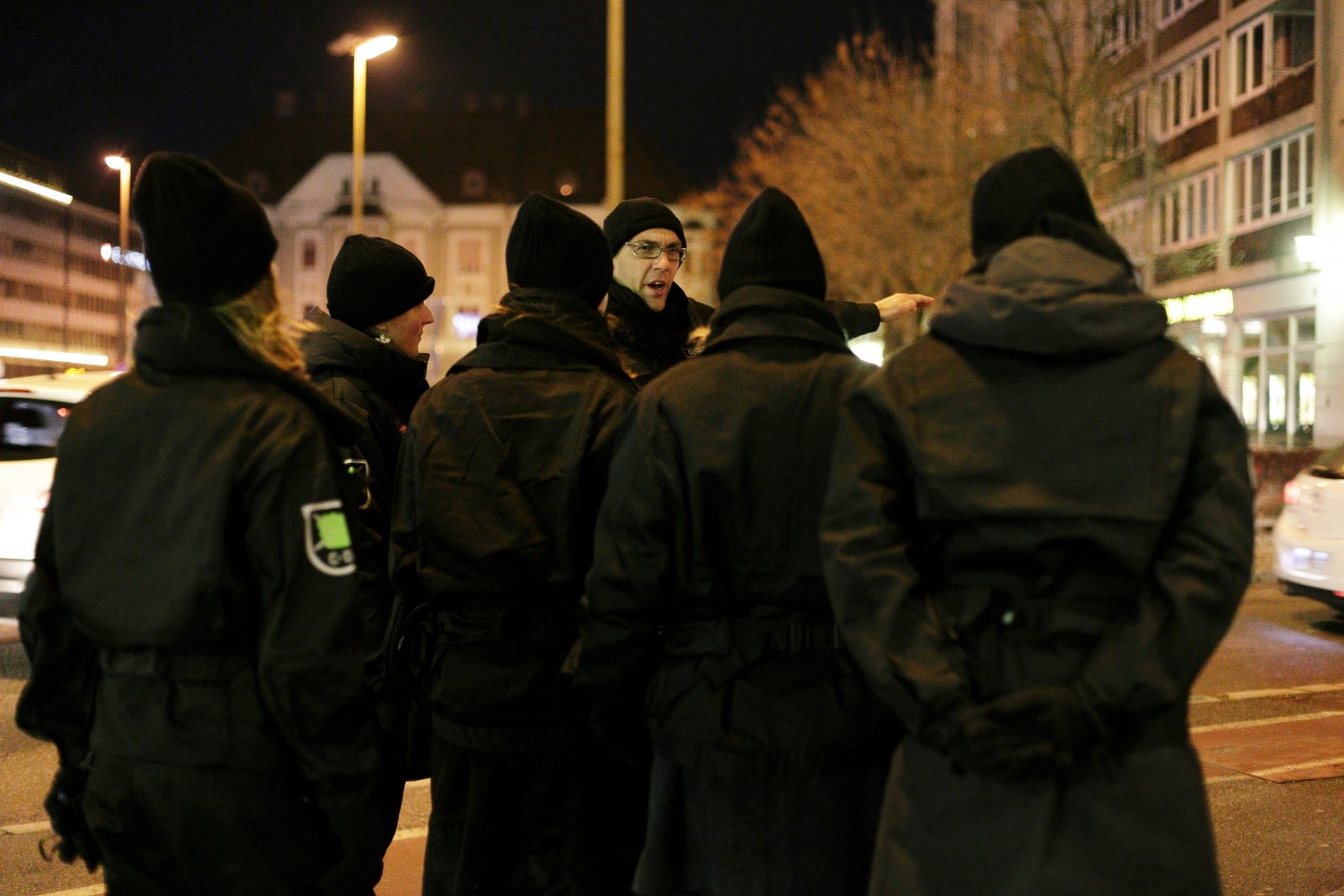 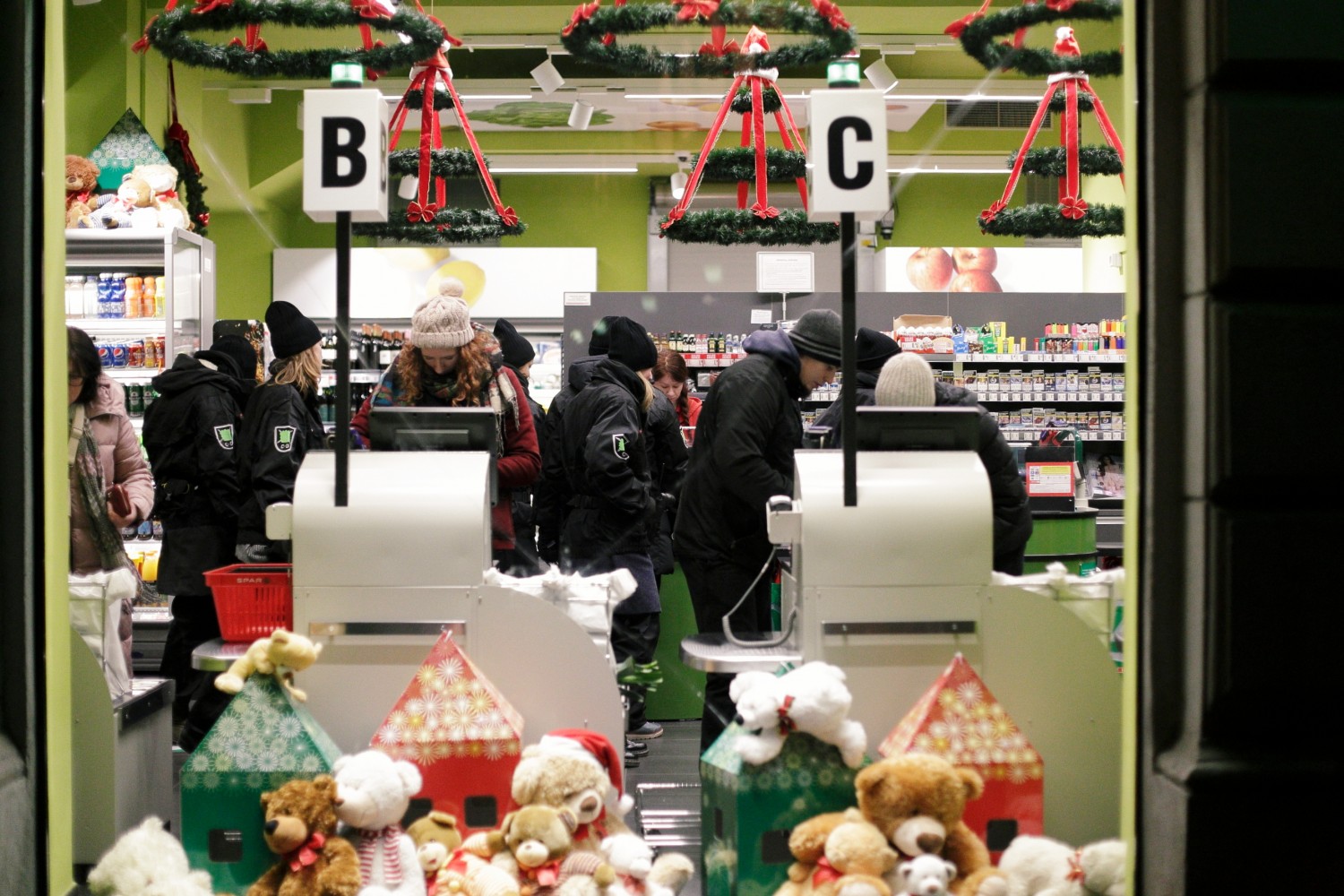 in collaboration with Andra Aaloe

Costume Drama is an interactive guided tour in the city, where the audience is wearing costumes of security guards. Guards are visiting different religious, historical etc sites of importance, not to mention more mundane places such as parks, supermarkets, residential buildings, museums, events etc. But the main difference from an ordinary city tour is that everyone is wearing a costume – a costume of security officials: an uniform with all the proper gear. And that changes everything. A group of twenty tour participants is now a crew of security personnel signifying control, safety, unrest, threat etc.

Costume Drama is about dynamics of observing. People on the street observe security personnel and also security personnel observe passers by and both become actors and performers to each other, simultaneously altering each-other´s behaviours. The appearance of  a large group of security guards in public spaces totally changes the dynamic of the surrounding.

This work was commissioned by Bunker (Ljubljana), in the frame of Urban Heat project.